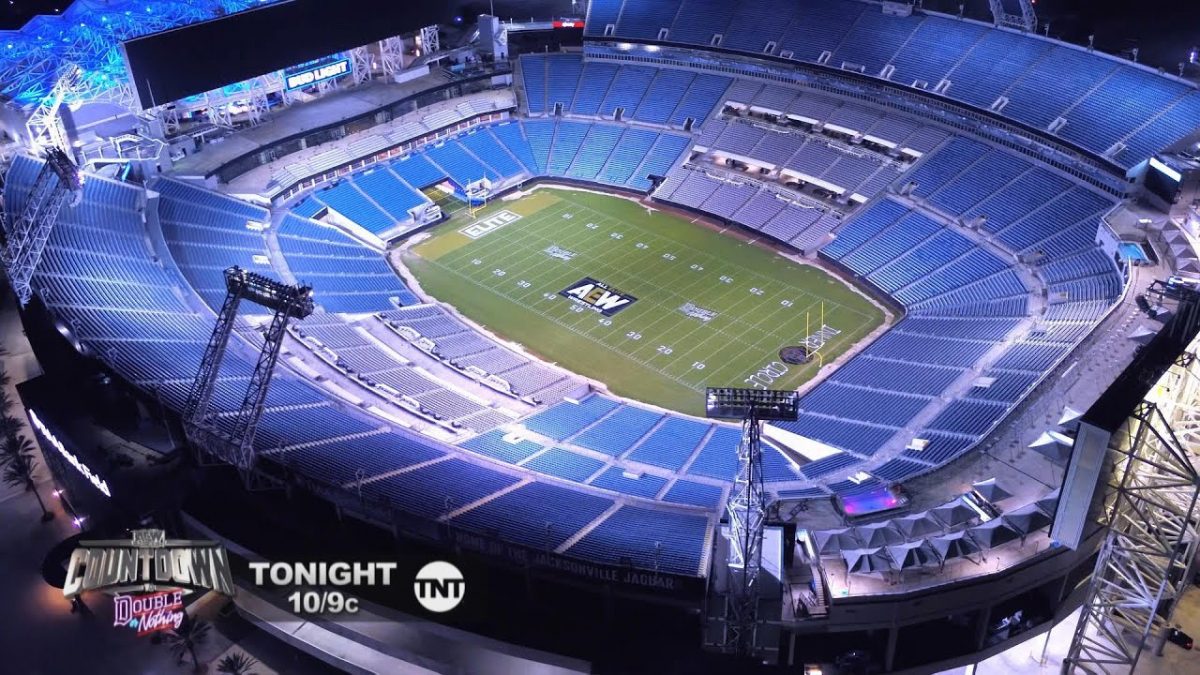 The Stadium Stampede Match between The Elite and the Inner Circle was actually taped last night at TIAA Bank Field in Jacksonville. AEW taped the match so it could be edited to be as entertaining as possible, with a lot of action going on all over the stadium.

The taping finished at around 5 AM this morning, according to PWInsider.

The rest of Double or Nothing will still air live at Daily’s Place tonight.

PWInsider said that there were “a lot of really fun, creative things” in the match and everyone involved was very proud of what they put together. Dave Meltzer added that “everyone is raving about it.”

Chris Jericho said it’s “one of the best things I’ve ever been a part of in my 30 years in the wrestling business.”

The #StadiumStampede is one of the best things I’ve ever been a part of in my 30 years in the wrestling business. No joke…don’t miss it LIVE on PPV TONIGHT! @AEWrestling pic.twitter.com/3rDXrgVqmU

There will be a ring set up in the middle of the stadium at the 50 yard line and the match will be falls count anywhere, with no DQs.

@AEWrestling getting ready for the Double or Nothing PPV this weekend. Check out the set up in TIAA Bank Field for the “Stadium Stampede” match. @ActionSportsJax #AEW pic.twitter.com/bgqLlPERqe