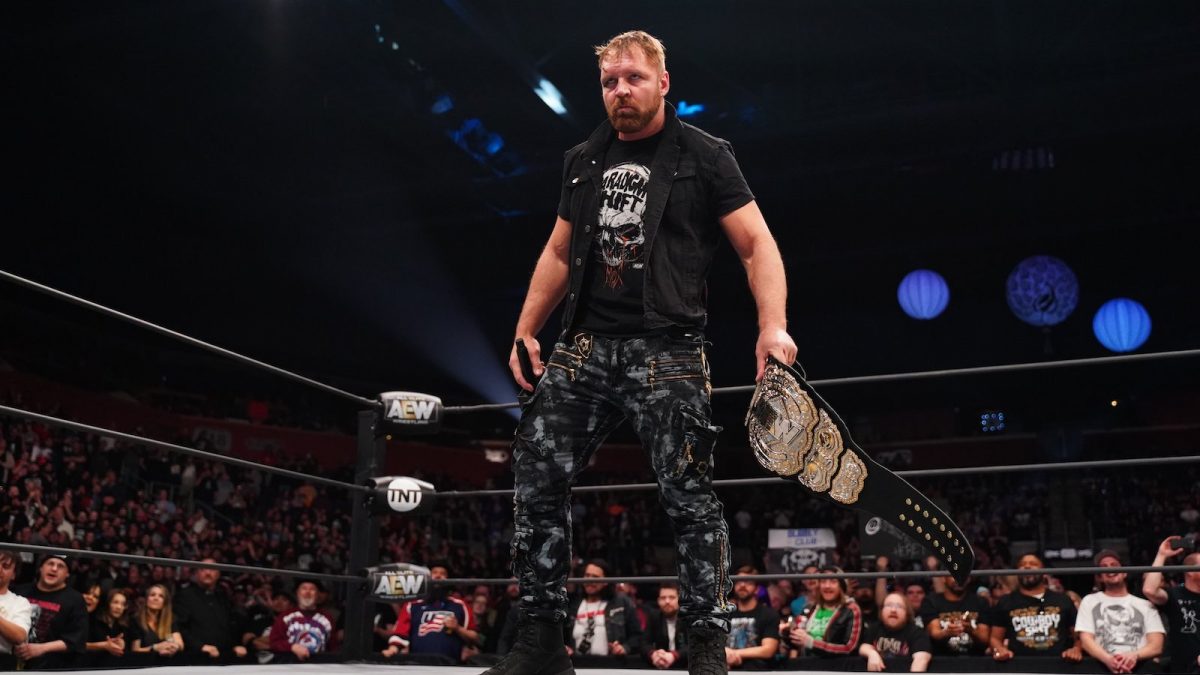 Fightful held a recent interview with Jon Moxley and one of the topics discussed included his thoughts on the frustration and financial difficulties the coronavirus pandemic has caused to the wrestling industry.

“That’s just one of many matches and many events like [AEW] Blood & Guts, 14,000 tickets in Newark down the drain; Philly, Boston, all down the drain. All these promotions, all these [independents]—it especially sucks for the independent guys [that] just aren’t working right now. That sucks. I mean, WrestleMania had to take place in front of nobody and that’s not ideal for all those guys and girls who wanted to have their big WrestleMania moment, they had to do it in front of nobody. So, everybody got affected by this. Pro wrestling is such a small part of the world even though it dominates my life, there’s much more important things. People are suffering through way worse financial times and stuff. It sucks for everybody. “

A trademark for “Chad 2 Badd” was filed by Karl Anderson on May 5th for wrestling and entertainment-related purposes.

A trademark for “Karl Anderson” that was filed by Anderson on February 18, 2019 was given an initial rejection by the USPTO on May 11th due to it being in conflict with WWE’s trademark filing of the name.

A trademark for “TALKNSHOPAMANIA” was filed by Luke Gallows’ company Wrestlemerica on April 29th for wrestling and entertainment-related purposes.

Trademarks for “Never Defeated” and “Prince of Queens” were filed by Curt Hawkins on April 29th for wrestling and merchandise-related purposes.

Major League Wrestling reportedly has been in talks with former boxer Mike Tyson in regards to a potential appearance for the company in the future, according to PWInsider.

DDT Pro Wrestling recently announced that their DDT Universe streaming service will be getting rebranded as Wrestle Universe. The company stated that this decision was due to the expansion of their streaming service to feature content from their affliated promotions.

Prestige Wrestling recently announced that they are shutting down for the rest of this year and early 2021 due to coronavirus-related reasons.

Ring of Honor and parent company Sinclair Broadcast Group reportedly are currently working on plans for ROH TV content to be featured across Sinclair’s and their television affiliates network of channels within the near future, according to PWInsider.