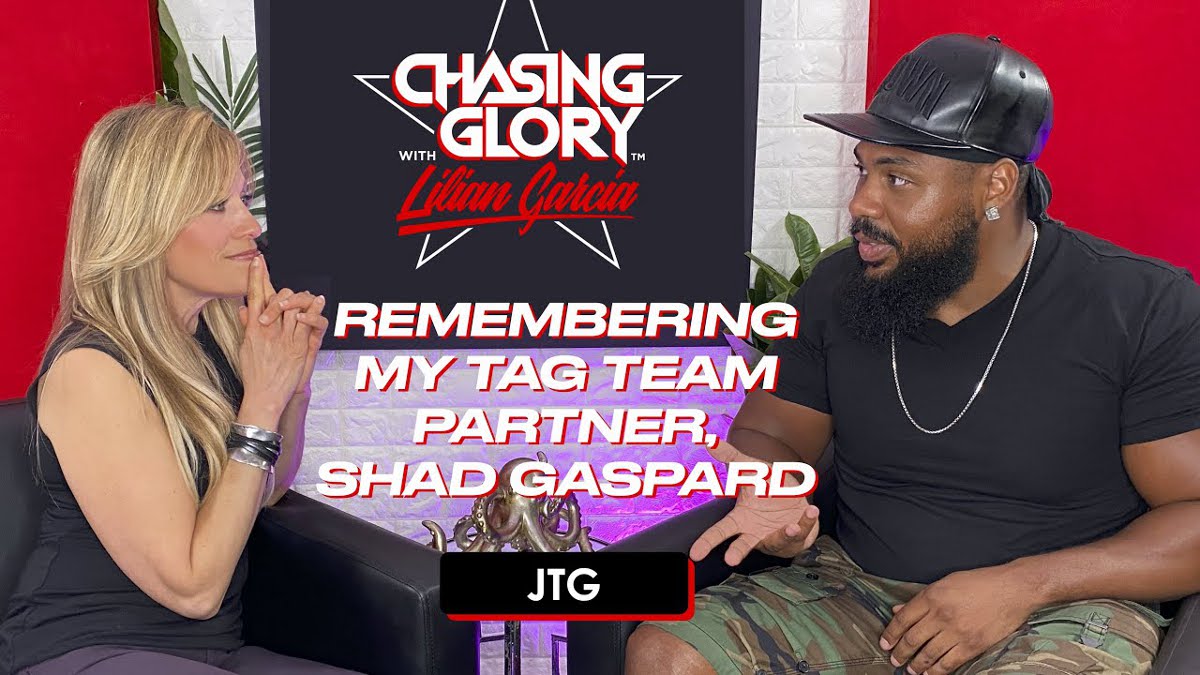 JTG was a guest on a recent episode of the Chasing Glory with Lilian Garcia podcast and he talked about the tragic passing of his longtime friend and former Cryme Tyme tag team partner Shad Gaspard.

“Siliana [Gaspard] called me Sunday night. I was getting ready to go to bed and she called me from Shad’s phone. When Shad calls me, I pick up on the first, second ring. We speak to each other every day. We text and we spoke to each other every day. But [his number] called me that evening and it was his wife and his wife told me that Shad was missing… the first thing I thought it was a prank because we always prank each other. That’s Shad and I’s relationship. We roasted each other, we pulled pranks on each other and that’s the first thing that came to mind but for some reason the tone in her voice, I’m like, ‘Either this is real or she’s a good actress.’ But I said I’m gonna go along with it. Jumped in the shower, brushed my teeth and I rushed over there and then we were on the beach with flashlights looking for Shad. I was there a little past midnight, and that day I think I accepted it. I had to accept it. I was waiting for a big bear hug from behind like, ‘Ah! Got cha,’ but a part of me is still waiting for that big bear hug from behind.

I’ve been on this planet for 35 years. I’ve never lost somebody this close to me where you engage with them every day, where you share the most intimate stories with them and I’ve lost family, I’ve lost distant uncles and grandparents. But you know they’re older and it’s like, I don’t want them to be here and suffer, so when they transition you’re like, ‘Okay, they’re at peace.’ I’ve lost co-workers. We’ve lost a lot of co-workers but it never really hit home like this.”

A trademark for “Major Player” was filed by Zack Ryder on May 21st for wrestling and merchandise-related purposes.

A trademark for “The Hossette” was filed by Jordynne Grace on May 21st for wrestling and merchandise-related purposes.

The Japanese government reportedly has recently lifted the state of emergency for several prefectures, including Tokyo, according to the Super J-Cast. It was reported that the government revealed a four-phase plan for the return of live sporting and wrestling events without fans starting on June 19th and 50% of max capacity allowed starting on August 1st.

Major League Wrestling reportedly began production on the pilot episode for a new television series this past weekend, according to PWInsider. Mike Johnson reported that there has been talks in recent weeks within the company of producing a talk show featuring MLW talent and a separate show centered around Alicia Atout.

Over The Top Wrestling announced that they have postponed both their upcoming Homecoming 3 event in Waterford, Ireland and Banjaxed 2020 event in Belfast, Ireland due to coronavirus-related issues.