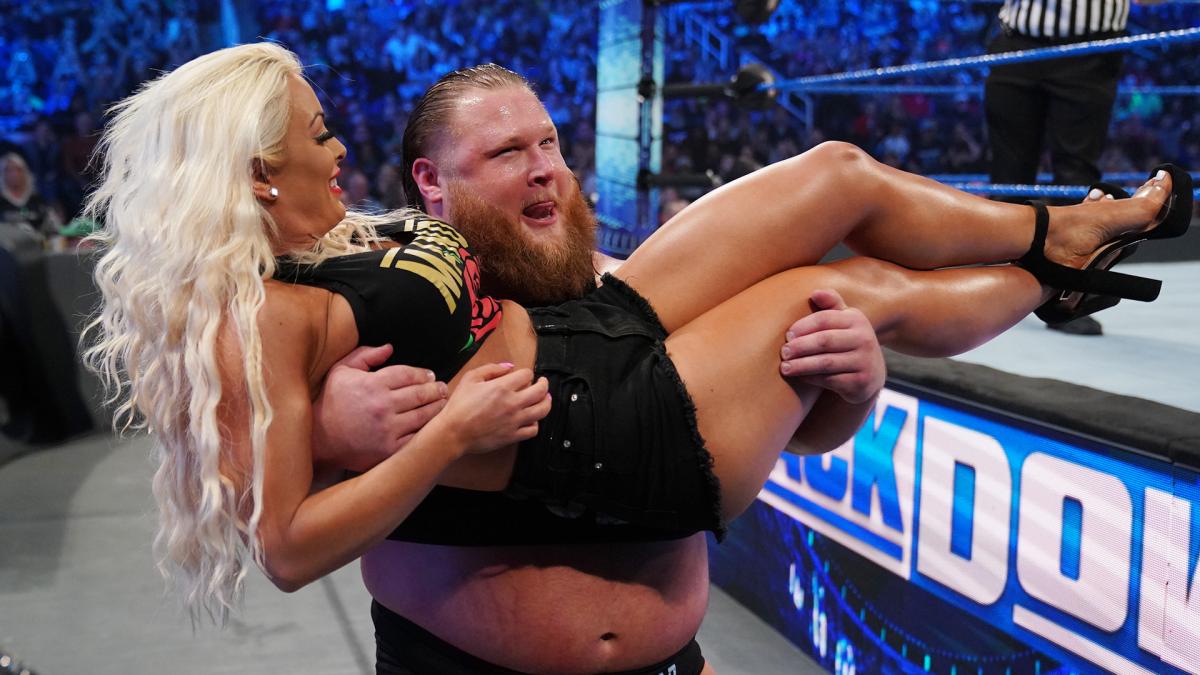 Vince McMahon has a large role in the Otis and Mandy Rose storyline, according to Dave Meltzer in the Wrestling Observer Newsletter, adding that Vince is a big fan of the Otis character.

Former WWE writer Andrew Listenberger, who was released last month, mentioned on Twitter that she worked on the storyline. Her role was primarily writing the promos, but she wasn’t the main person behind the storyline, Meltzer says.

Lots of people getting let go at #WWE today and regrettably, I am one of them. But I’m proud of the work I’ve been able to do since starting in Dec., and glad that the storyline I worked on resonated with so many people. That’s what writing is about for me. #OtisandMandyForever

Mandy Rose also told Sports Illustrated last month that she personally pitched the storyline to Vince McMahon and “he loved it,” and she said that she and Sonya Deville had a lot of say in the creative.

“It’s hard to get in Vince’s office, but I finally got in and I pitched this story,” she said. “He loved it, he had some ideas, and then Sonya and I had a lot of say in the creative, which was really cool. We were able to write a lot of it. We all worked together, and that’s one of the reasons it’s worked so well. Everyone’s been really passionate about it.”

WWE is considering a heel turn for Apollo Crews, but it’s one of several options for him so it might not happen, according to the Wrestling Observer Newsletter.

It’s been speculated that Crews may turn heel and join MVP’s stable with Brendan Vink and Shane Thorne, but WWE reportedly also has a few other possible ideas for Apollo.