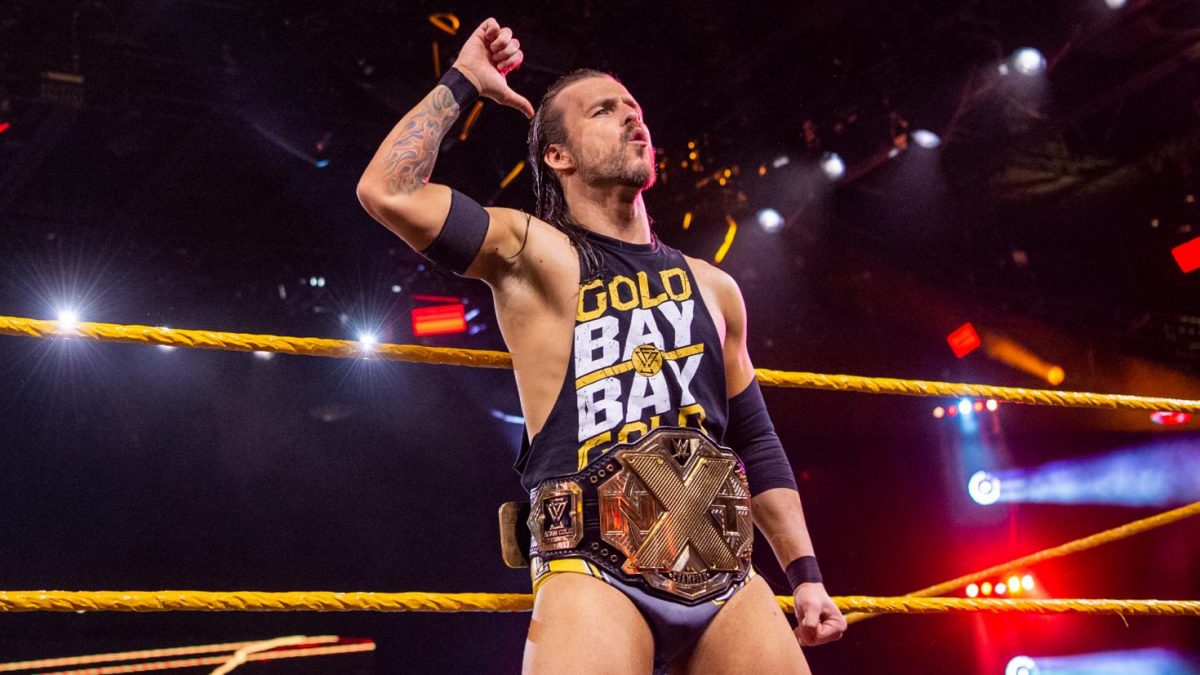 Update/Correction: Adam Cole reportedly still has “over 18 months left on his current deal,” according to PWInsider.

Adam Cole’s current contract with WWE reportedly is set to expire this August and he has yet to sign a new deal, according to Wrestling Inc.

AEW likely would be very interested in signing Cole should he become a free agent based on his past history and friendship with several of AEW’s top executives and recent comments made by his girlfriend Britt Baker in a recent episode of the AEW Unrestricted podcast.

“They’re all one huge, giant family, and I hope there is a day in the near future where Adam Cole can be in a ring with The Young Bucks and Kenny and Cody. It’ll all come full circle, and we can all be one giant, happy family.”

It was speculated that should Cole decide to sign a new deal to remain in WWE, it is very likely he will be called up to the main roster shortly afterwards. If Cole decides to leave for AEW, he would be available in time for AEW’s All Out 2020 event this September.