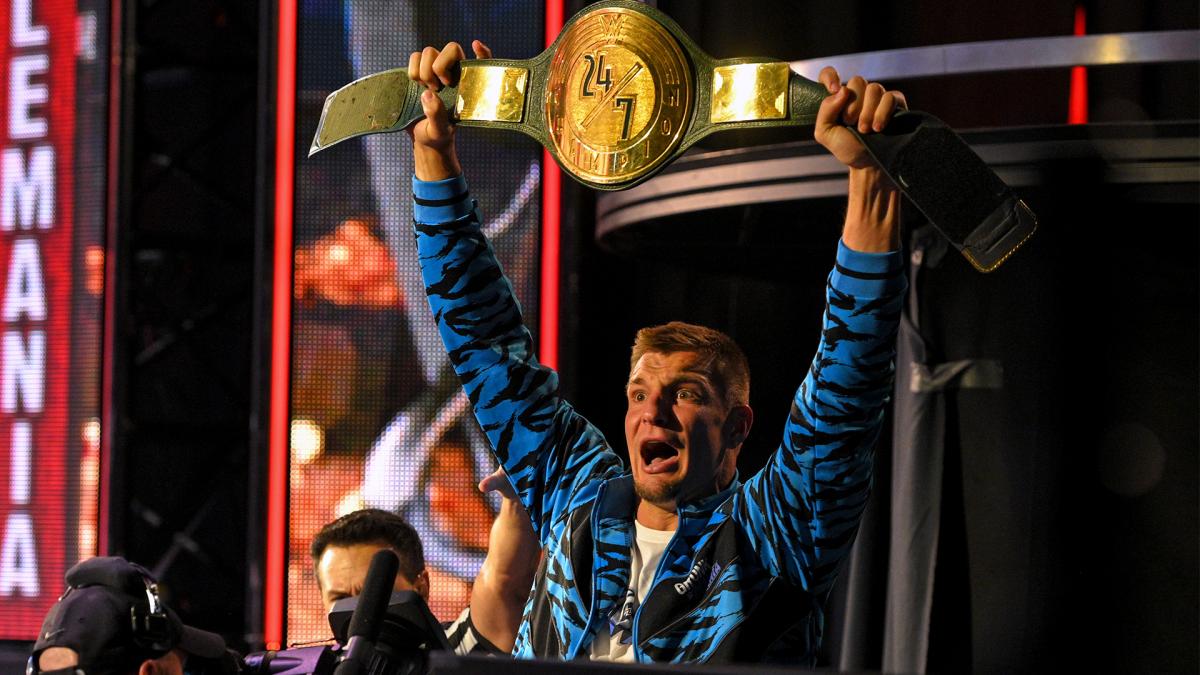 As noted before, Rob Gronkowski recently exercised a release clause in his WWE contract and is no longer signed by the company. Gronkowski’s final appearance was in a segment featuring the 24/7 Championship and R-Truth during this past Monday’s episode of RAW.

Fightful’s Sean Ross Sapp reported (via Fightful Select) that prior to his release, Gronkowski had backstage heat within the company because he was very hesitant to do a planned diving spot from a platform onto a crowd of wrestlers below at the WrestleMania tapings in March. Sapp reported that Gronkowski’s unwillingness to do the stunt caused that night’s WrestleMania tapings to fall two hours behind schedule and was only resolved after Vince McMahon did the stunt himself to prove it would be safe to perform.

Sapp also reported that those who he had spoken to about Gronkowski all had negative things to say about working with him following his WrestleMania incident.

“Even those with a reputation of being easy, helpful, and good to work with, all had negative things to say about working with Gronk after his WrestleMania fiasco.”

It was also reported that at least one top person called Gronkowski a “f**kin’ clown who we are so much better off without” due to this incident.