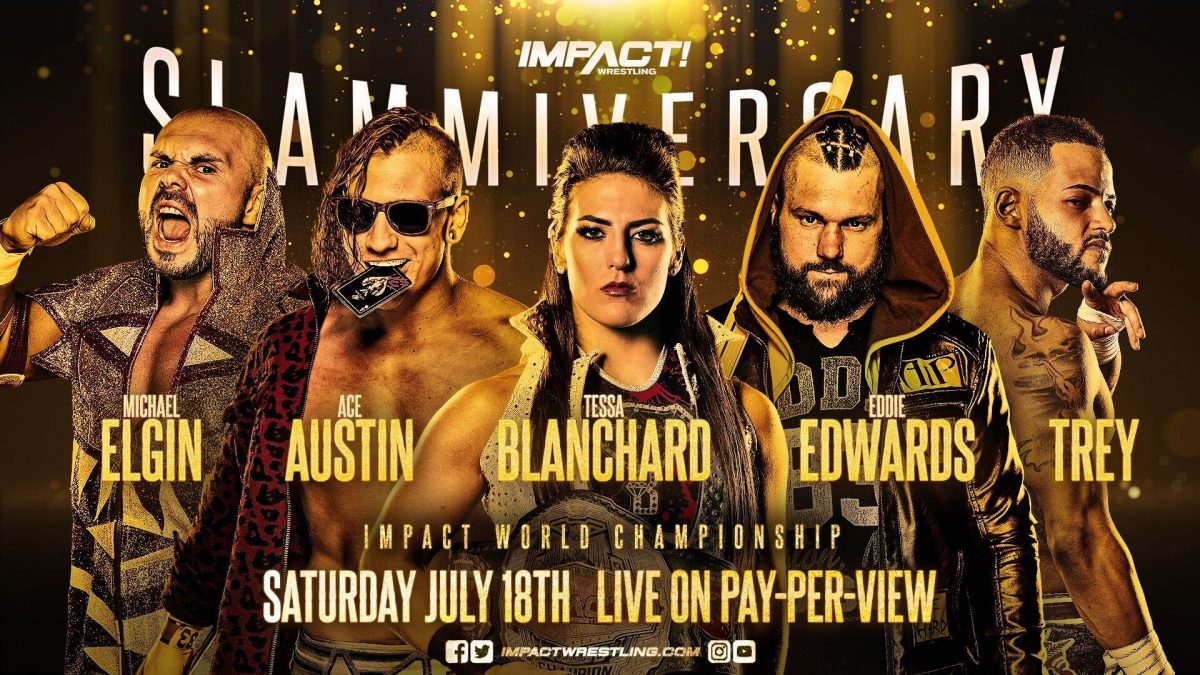 Impact Wrestling, after promising that they would discuss the “future of the Impact World Championship” on tonight’s episode, announced that there will be a five-way match for the world title at the Slammiversary PPV on July 18.

Tessa Blanchard will return at the PPV to defend her title. Blanchard has not wrestled for Impact since early March because of the coronavirus pandemic. She’s been in Mexico and hasn’t traveled to the US, so she has missed the last two TV tapings and the Impact Rebellion PPV in April.

It will be Tessa Blanchard (c) vs. Ace Austin vs. Michael Elgin vs. Eddie Edwards vs. Trey.