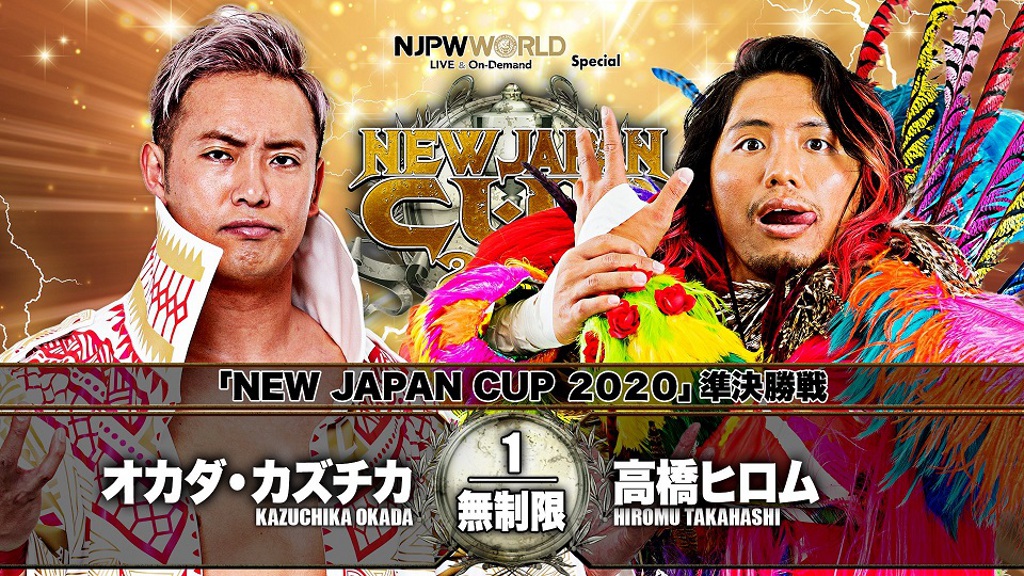 Here is the partial card for the Finals of NJPW’s New Japan Cup 2020 tournament, which takes place on July 11th at the Osaka-Jo Hall in Osaka, Japan:

Wardlow Comments on His Signing with AEW

Bleacher Report Live held a recent interview with Wardlow and one of the topics discussed included him revealing that Britt Baker played a big role in his signing with AEW.

“I was in between training sessions and I had a voicemail and I checked it and it was really just everything coming together. Cody had heard my name from a couple of different people all in the same week. One of those people being Britt Baker who came up together with myself in IWC in Pittsburgh. We kind of started at the same time and grew up together in the company. So she had mentioned my name, a couple of other people. So Q.T. Marshall gave me a phone call and told me they were gonna fly me down to Atlanta to take a look at me. I go to Atlanta, work with Q.T. for maybe five minutes in front of Cody before he offered me a contract.”

Wrestling Xtreme Wrestling announced that they recently promoted Killer Kelly to a new job in the company. Besides being an active wrestler, Kelly will now be in charge of coaching the company’s female trainees at their wXw Academy.

The Royal Albert Hall in London, England reportedly is currently in a very dire financial situation, according to News UK. It was reported that the venue currently expects to run out of money and shut down by March 2021 unless they receive urgent financial support from the British government. The venue is notable in wrestling for being the main location of WWE’s NXT UK brand.

In a recent interview with Bunshun (English translation via @farrahakase), Kyoko Kimura, mother of the late Hana Kimura, stated that the producers of the Terrance House reality series pressured her daughter to behave more aggressive on camera for ratings reasons. Kimura also stated that the infamous wrestling gear incident from the show was also staged by them.

Impact Wrestling announced that next week’s episode of Impact! will be airing one hour later than usual at 9PM EST on AXS TV and Impact’s Twitch channel. The official reason is due to AXS TV will be airing a “Ringo’s Big Birthday Show” special at 8PM EST celebrating Ringo Starr’s 80th birthday and helping raise funds for various charities and group.