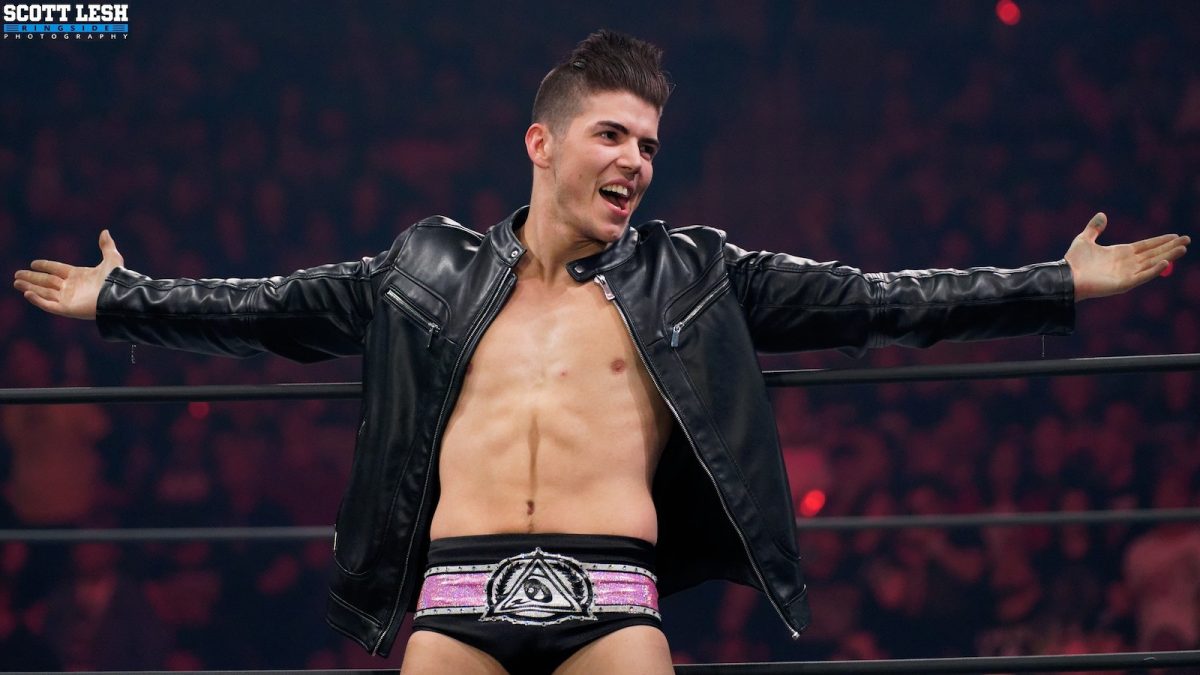 This past Wednesday’s episode of AEW Dynamite featured Sammy Guevara making his surprise return following his month-long suspension over inappropriate comments he made on a past podcast show.

“Sammy completed four weeks of extensive sensitivity training, and his curriculum included subject matters of tolerance, gender, race relations, and why people’s words matter. During his suspension, he was very contrite. I asked him to use that time to try and become a better person, and I think he did.

Sammy was off television for a month and suspended without pay for 30 days, and I think it was the right time for Sammy to come back because he’s shown that he’s very sorry and that he can change. He’s spent every day over the past month trying to prove that.

The Women’s Center of Jacksonville put out a very nice statement about how this terrible situation has turned into a positive. Sammy completed the entire curriculum we put out in front of him. He was clearly committed to change.

I meant what I said about re-evaluating his status with the company based on his conduct. Sammy needed to make a lot of strides to keep his job and make amends for stuff he shouldn’t have said. None of us knew he said those things, and it’s stuff that was years old, but that doesn’t make it right.

I think Sammy was very happy to have an opportunity to apologize, publicly and privately, and do something to turn a terrible comment he made into something positive.”

NJPW also announced that both Tomoaki Honma and Yota Tsuji were pulled prior to the start of today’s Sengoku Lord event due to health precautionary reasons. Both Honma and Tsuji were stated to have been in recent contact with someone who later tested positive for the coronavirus.

The company also announced that they will be running an event called Summer Struggle on August 29th at the Jingu Stadium in Tokyo, Japan. While the stadium has a maximum capacity of 37,933, attendance for this upcoming event will be very limited due to health precaution measures for the coronavirus.

NJPW reportedly drew a paid attendance of 482 for their New Japan Road event this past Monday in Tokyo, Japan, according to the Wrestling Observer Newsletter.

Bobby Fulton’s son, Dilon Hines, recently provided a health update on Facebook clarifying reports of his father’s health condition. Hines stated that Fulton’s throat cancer has not return and the surgery to fix an artery was located in the same area that his cancer had been but was unrelated to it.

Sports Network Sky Sports announced that they recently signed a television deal with AEW to air their weekly television programming in Italy within the near future.