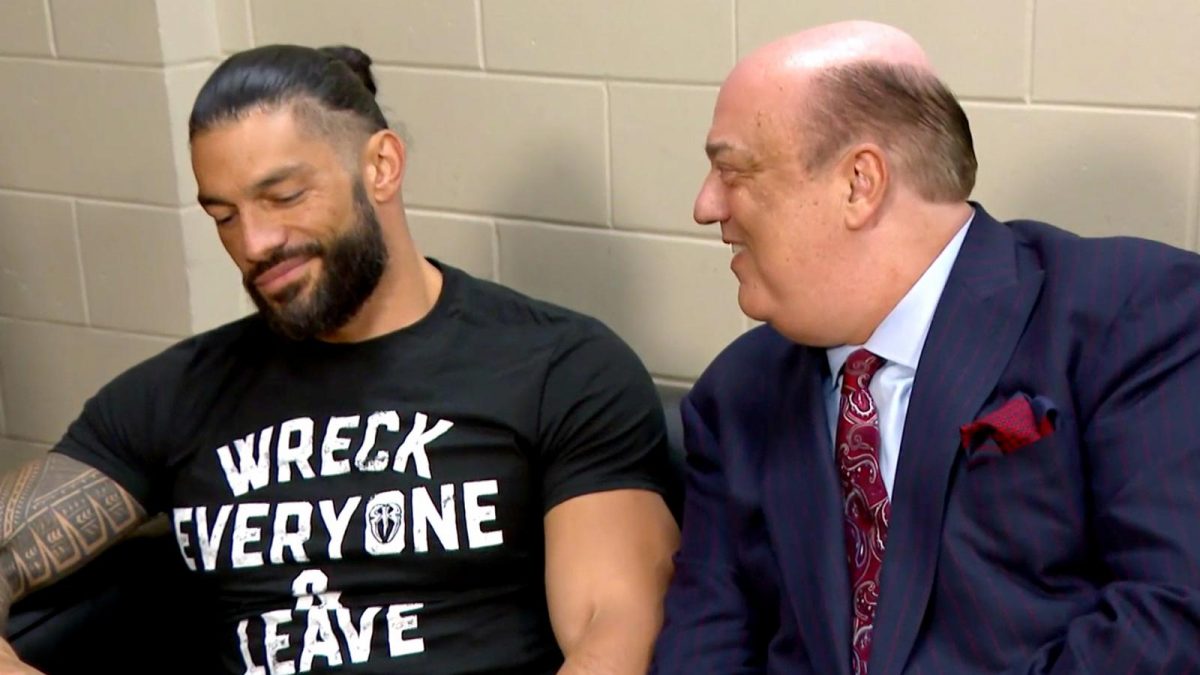 Paul Heyman and Sami Zayn both made their returns to WWE TV tonight on SmackDown.

In the closing segment of SmackDown in Reigns’ locker room, Reigns said that he’s going to win back the Universal Championship at Payback this Sunday and that’s not a prediction, it’s a spoiler. The camera then panned over to reveal Paul Heyman sitting next to Reigns and Heyman said, “Believe that.”

According to PWInsider, the plan is for Roman Reigns to be the top heel on SmackDown going forward.

PWInsider also says that the plan is for Braun Strowman to also be a heel and for Bray Wyatt to be portrayed as the top face on SmackDown.

Zayn returned for the first time since early April. He’s been away because he reportedly chose to stay home due to the pandemic.

After Jeff Hardy defeated Nakamura on SmackDown, Sami Zayn’s music hit and he came out holding his Intercontinental Championship belt that he technically never lost. He said that he’s the true champ and Hardy is a fraud, then nailed Hardy with a Helluva Kick.