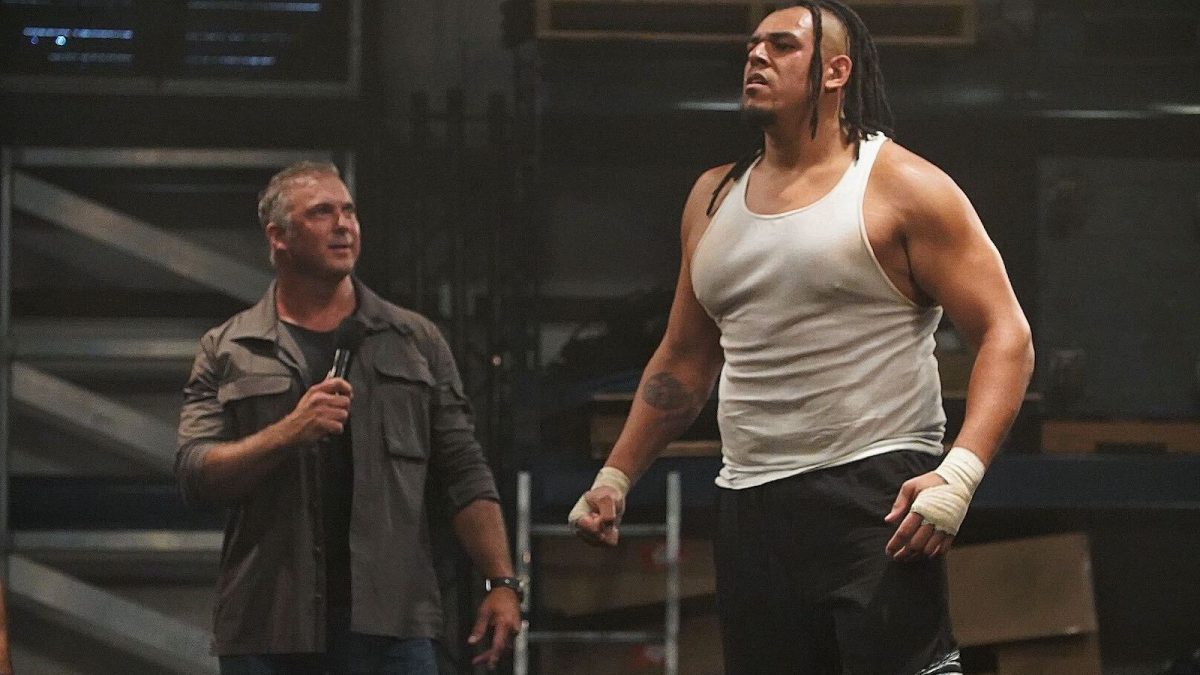 Monday’s episode of WWE RAW featured the return of Shane McMahon to WWE television and the debut of RAW Underground, which was revealed to be an underground style fight club with no rules for bouts.

PWInsider’s Mike Johnson reported among those featured on RAW underground was Dabba-Kato, who was previously known under his real name of Babatunde Aiyegbusi in WWE’s developmental system.

Aiyegbusi has been with WWE since 2016 and had not been featured on NXT TV prior to his main roster debut.

A trademark for “Justus” was filed on July 29th for wrestling and entertainment-related purposes.

This past Friday’s episode of WWE Friday Night SmackDown drew a final viewership of 1,894,000 on FOX, according to Showbuzz Daily. This was the up compared to the initial overnight number of 1,892,000 viewers on the network.