The Masked Stable on Raw Will Be Called “RETRIBUTION” 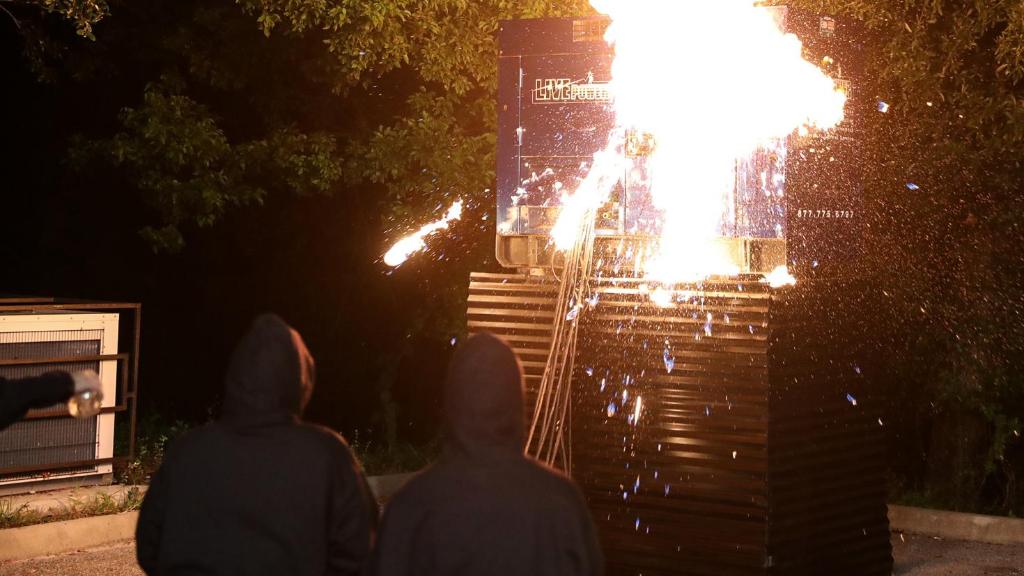 WWE announced that the masked group that threw Molotov cocktails at the “power generator” during Raw last night will be called “RETRIBUTION.”

Chaos reigned on Monday night’s edition of Raw, and we now know the name of the group behind it.

The lights were cut out at several points during the show, including the United States Championship Match between Apollo Crews and MVP, as well as audio issues leading to microphone trouble for several Superstars throughout the night. Many thought the technical glitches were due to a storm in the area, but security footage revealed later in the night would reveal a different story.

WWE.com has learned that the faction behind the attack is calling themselves RETRIBUTION.

Little else is known about RETRIBUTION, aside from the fact that causing chaos seems to be their sole motivation.

Just who is RETRIBUTION, and what is their ultimate goal? Find out by tuning into Raw, every Monday at 8/7 C on USA Network!