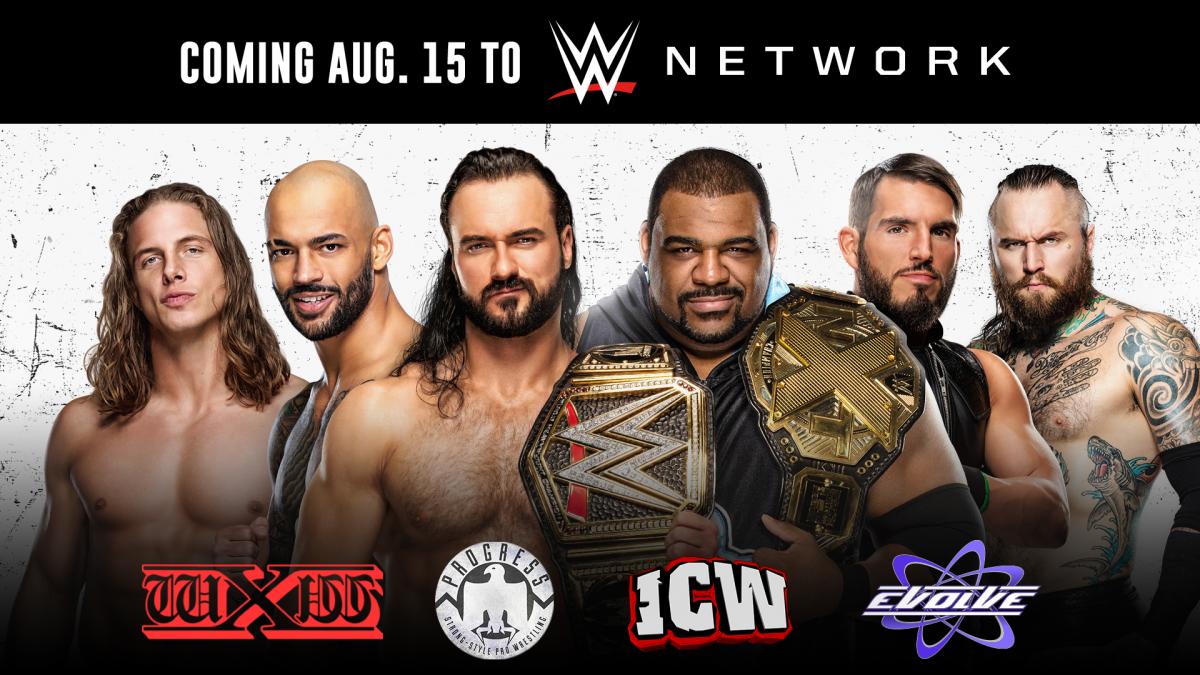 WWE will be uploading content from their affiliated promotions to the WWE Network this weekend, according to Sports Illustrated.

The first batch of affiliated-based content will arrive this Saturday and will feature a mix of past events and collection sets.

In regards to the collection sets, two sets will be released featuring the best matches from Drew McIntyre and Keith Lee’s careers in EVOLVE.

WWE stated on their official website that more content, both past and new, will be arriving in the upcoming weeks and months for the WWE Network.

EVOLVE, PROGRESS Wrestling from England, Germany’s wXw and Scotland’s ICW will debut for subscribers to the award-winning streaming service, giving the WWE Universe the chance to see some of their favorite Superstars like never before. And this is just the beginning! You’ll continue to see footage from their libraries, as well as new and exciting content from all of these promotions on WWE Network in the weeks and months to come.

A new trailer for the game was released that featured Paul Heyman explaining all of the gameplay modes that will be available in the game for players.

WWE® 2K Battlegrounds, hitting shelves on September 18th and now available for pre-order in digital formats and at participating retailers, is bringing you a ton of brutal game modes so you can BRAWL WITHOUT LIMITS!

Wage war in a wide variety of your favorite match types with fun, new twists, including:

Campaign Mode
Throw down in this single-player story mode told through a comic art style as you add to your stable of Superstars to overcome the next challenge. Team up with Paul Heyman and “Stone Cold” Steve Austin as you travel the globe in search of new Superstars for an all-new WWE brand. Play as one of the 7 newly created Superstars like Bolo Reynolds and Jessica Johnson as you travel across several regions battling WWE Superstars as you achieve campaign goals and unlock various Superstars, power-ups, and items!

Exhibition Mode
Brawl with your friends or family with up to 4-player action online or on the couch in your favorite match types including:
One-on-One
Tag Team
Triple Threat
Fatal Four Way
Steel Cage Match
Royal Rumble

King of The Battleground Mode
Brawl to become the Last Man (or Woman) Standing as you and up to seven other online players burn it down and try to fling one-another out of the arena! The longer you stay in the arena, the higher your score climbs. The second you send someone flying, another player waiting outside the ring enters the fray!

Online Tournament Mode
Brawl online for rewards in a variety of time-limited tournaments featuring a wide range of win conditions! Keep an eye out… you never know when a new Battlegrounds tournament might be kicking off!

Battleground Challenge Mode
Brawl from the bottom all the way to the top! Create your own WWE Superstar and overcome all the odds stacked against you.

Trademarks for “Pretty Deadly”, “The Hunt”, “Zack Gibson”, “Rinku”, and “Sauray” on August 7th for wrestling and entertainment-related purposes.