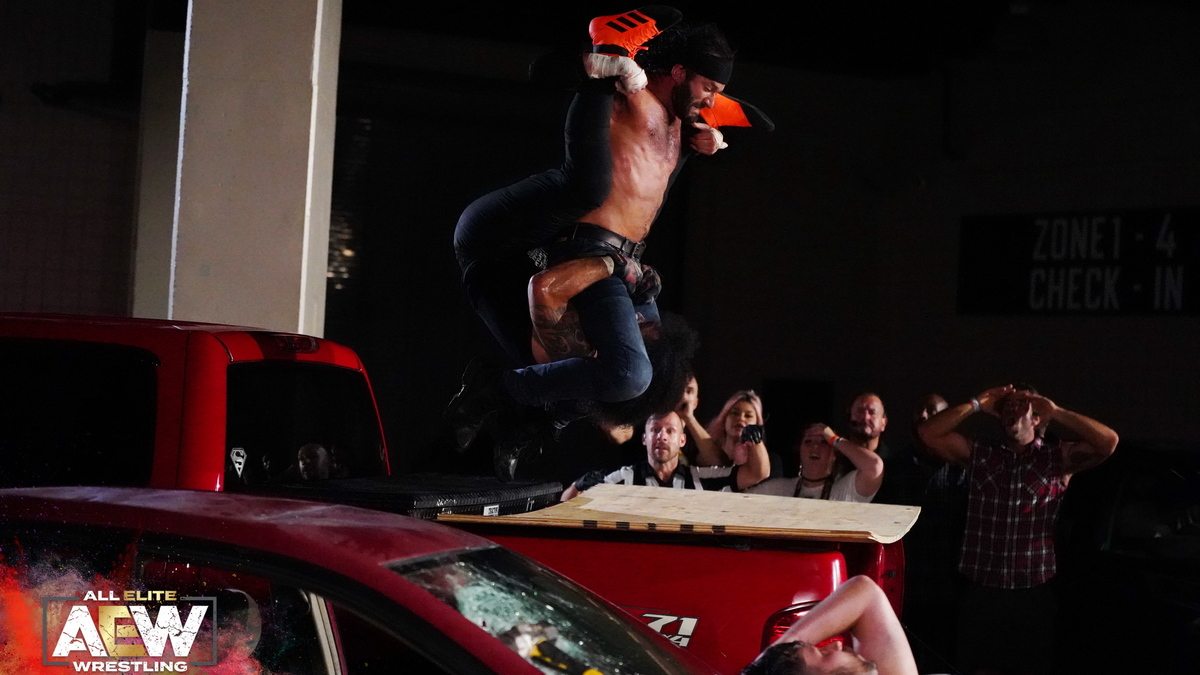 The September 16th episode of AEW Dynamite featured a Parking Lot Fight match between Santana & Ortiz and The Best Friends as the main event of the show. Following the show, the match received a lot of praise online from both fans and notable wrestling personalities, such as Mick Foley.

Fightful Select reported that besides the online praise, the Parking Lot Fight also had a lot of praise from within AEW’s locker room. Several wrestlers and personalities were in the crowd for the match while others “went out of their way” to see the match in person but at a distance and away from the cameras.

WWE reportedly claimed that Cody’s filing should be rejected due to the confusion it would cause regarding their purchase of the rights of these concepts from WCW in 2001 and their usage on their WWE Network and website.

The company also claimed that their long standing usage of these terms from WCW “have become indelibly linked in the public’s mind in exclusive association with and in exclusive sponsorship by WWE.”

Josh Barnett announced on Twitter that Simon Grimm and Matt Makowski are the final set of official competitors for this year’s Josh Barnett’s Bloodsport event on October 11th in Indianapolis, Indiana.

Impact Wrestling officials reportedly have recently offered a long-term contract to Deonna Purrazzo, according to Fightful. Sean Ross Sapp reported that the deal is believed to be at least for two years in length and includes financial increases over the length of the deal. Sapp also reported that Purrazzo’s current contract is rumored to expire this October.

The National Wresting Alliance reportedly recently changed their minds on their decision to grant Zicky Dice’s release request, according to Fightful. Sean Ross Sapp reported that the NWA recently exercised a roll-over clause in Dice’s contract keeping him in the company until the end of 2020.

Consejo Mundial de Lucha Libre recently announced that they have pulled Último Guerrero, Bandido, and Princess Sugehit from their 87th Anniversary Show on September 25th in Mexico City, Mexico due to all three recently testing positive for the coronavirus.