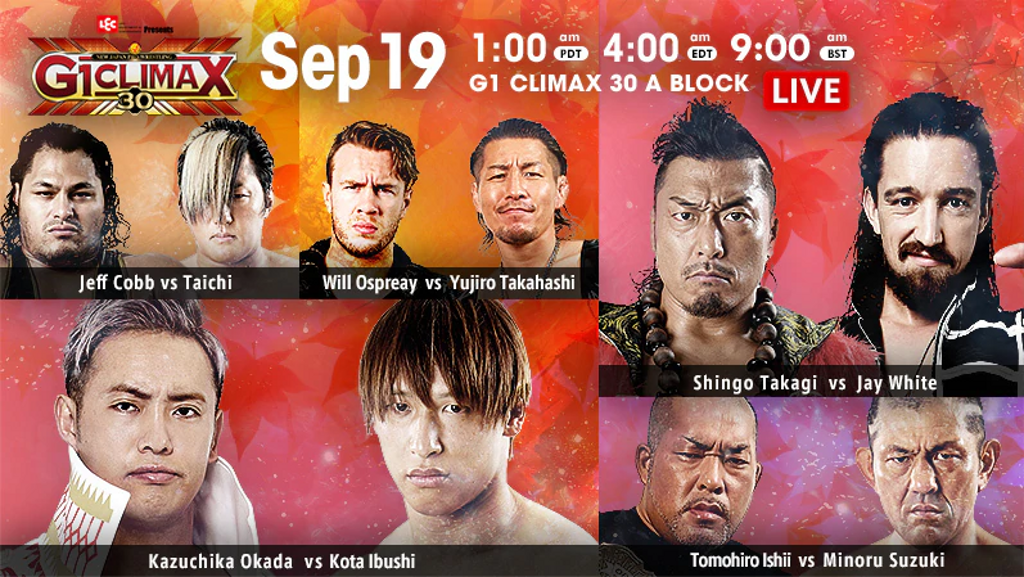 Here is the card for Night 2 of NJPW’s G1 Climax 2020 tournament, which takes place this Sunday at the Osaka Prefectural Gym in Osaka, Japan. Night 2 airs live on New Japan World starting at 1:00AM EST.

A trademark for “FYtnessNutrYtion” was filed on August 13th by WWE for fitness and entertainment-related purposes.

A trademark for “Bella Glam” was filed on September 14th by WWE for health and hygiene related purposes.

Trademarks for “Million Viewer Man” and “Clint Bobski” were filed on September 14th By Chris Jericho for merchandise and entertainment-related purposes. Clint Bobski was the name of Jericho’s character on WWE’s Southpaw Regional Wrestling comedic series.

A trademark for “Miro” was filed on a September 13th by Miro for merchandise and entertainment-related purposes.

Josh Barnett announced on Twitter that Lindsay Snow, Killer Kelly, Erik Hammer, and Jon Moxley are the next set of official competitors for this year’s Josh Barnett’s Bloodsport event on October 11th in Indianapolis, Indiana.

Lucha Libre AAA reportedly are currently hoping to be able to resume holding events in Mexico this October, according to the Wrestling Observer Newsletter. Dave Meltzer reported that Konnan mentioned these plans in a recent episode of his Keepin It 100 with Konnan podcast.

Major League Wrestling recently announced that LA Park Jr. will be making his return to the company as part of their resumption of tapings and events later this year.

Rocky Romero and several other representatives from New Japan Pro Wrestling reportedly were seen at the tapings for United Wrestling Network’s Primetime Live series earlier this week in Long Beach, California, according to PWInsider.

During a recent interview with WrestleZone, Rob Van Dam revealed that he is currently signed to a per-taping contract with Impact Wrestling.