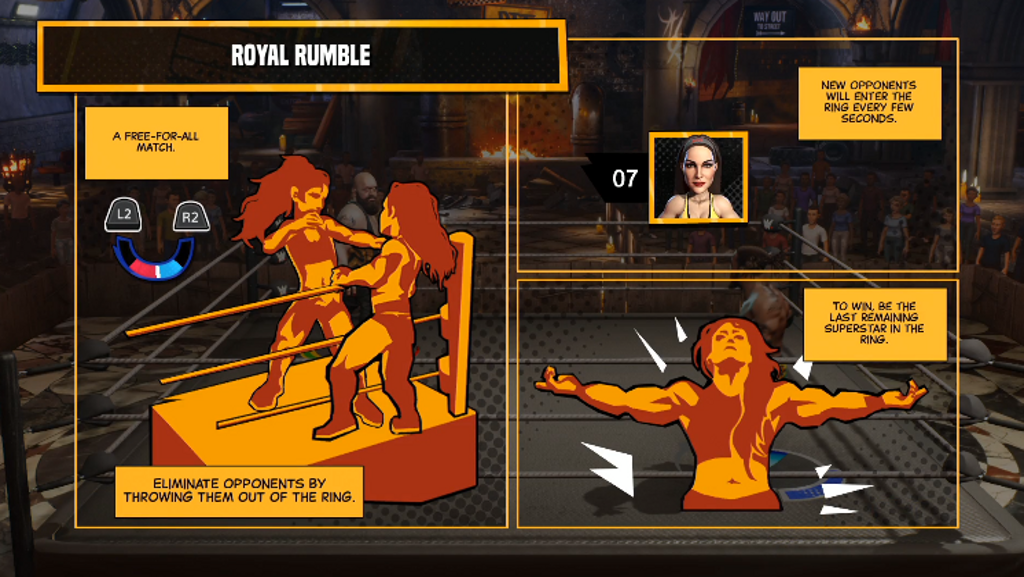 During a sponsored pre-release stream of WWE 2K Battlegrounds held on Thursday by Twitch streamers NewLegacyInc, an image resembling Tessa Blanchard was discovered within the game.

This image of Blanchard’s likeness can be found during the loading screen for the game’s Royal Rumble mode and is based on a photo of her taken in Impact Wrestling.

Look what the @newLEGACYinc boys found in the new WWE Battlegrounds game. 😬😬😬 pic.twitter.com/DkwWAbER6l

In an interesting note, the photographer of the original photo of Blanchard stated on Twitter that he was not contacted by 2K Games nor gave his permission to have his photo used in the game.

Hey @WWEgames you wanna tell me why you took my photo without my permission to use it in your game? https://t.co/xgGoFRzoUW

More on USA Network President Leaving the Network and NBC

As noted before, USA Network’s President Chris McCumber is currently expected to be leaving the network and NBC Universal soon.

Dave Meltzer reported in this week’s Wrestling Observer Newsletter that McCumber had been a big supporter of Paul Heyman and his job as the Executive Director of RAW. McCumber reportedly was not happy with WWE’s decision to remove Heyman from his role since he had been onboard with WWE’s plans to rebuild RAW for the future with a new generation of stars at the cost of declining ratings for the short term.

McCumber also reportedly was not happy with WWE’s decision to put a stronger emphasis on their older stars for RAW shows following Heyman’s removal.

A recent episode of the After The Bell with Corey Graves podcast had Shane McMahon as the guest and one of the topics discussed included the inspiration for his RAW Underground idea.

“Quite a bit, quite a bit. I mean this goes way back. This is an original concept. This is more even going back to roman gladiator times when they used to have short matches to determine who was gonna be [the successor]. So the iterations, there’s been lots of stuff or similar things I should say — got ‘em in Japan for quite some time and I’ve been traveling to Japan since the late 80s, so when I was a teenager and I saw some of this so, it always resonated with me and again, you mentioned MMA and a lot of my friends do that sport. I also practice multiple forms of it and I really enjoy it so, if you can blend that with WWE entertainment and what we can compact together and again, it’s a work in progress. That’s what we’re trying to accomplish.”