Here’s what was announced for next week’s Dynamite:

– 4 Way Tag Team Title #1 Contender Match: Private Party vs. The Dark Order (Silver & Reynolds) vs. The Butcher & The Blade vs. The Young Bucks

In two weeks, Cody and Orange Cassidy will have a rematch for the TNT Championship after their match tonight ended in a time limit draw.

Two title matches were announced for Full Gear, but the competitors haven’t been finalized.

Full Gear will take place on Saturday, November 7 on PPV.

– TNT Championship: Cody (or whoever the champion is) (c) vs. Darby Allin

Here’s the bracket for the “World Title Eliminator Tournament.” The finals will take place at Full Gear and the winner will get a World Title shot.

The tournament will begin next week, but the specific match or matches that’ll kick it off weren’t announced yet. 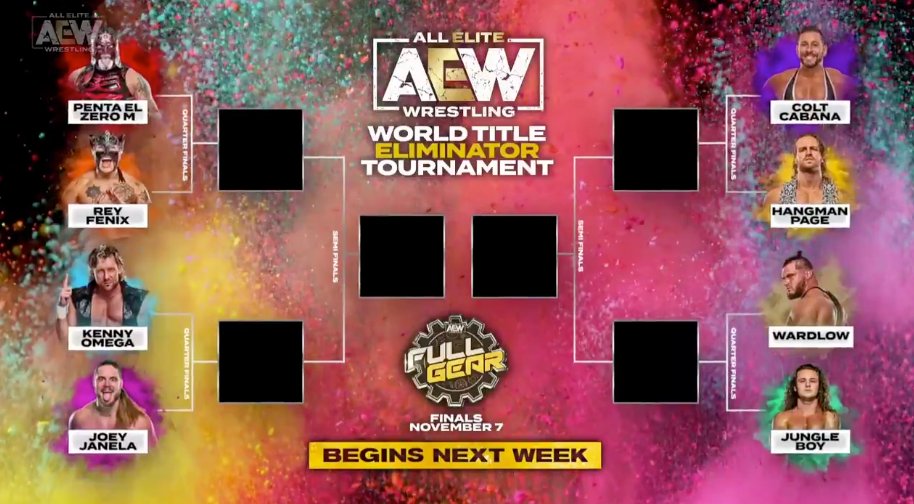