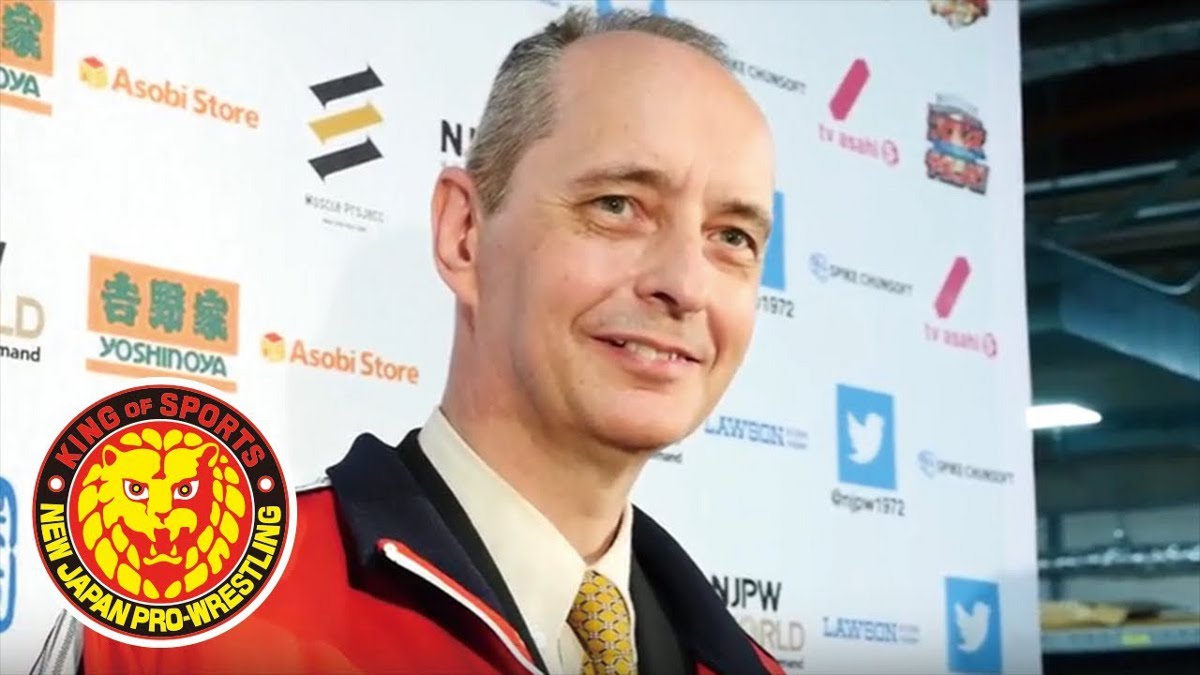 As noted before, New Japan Pro Wrestling announced earlier this week that Harold Meij will be stepping down as President and CEO of the company on October 23rd and will be replaced by Takami Ohbari, who is the current CEO of their American branch.

Dave Meltzer reported in this week’s Wrestling Observer Newsletter that Meij had been a very divisive figure within the company during his time on the job. The decision to change leadership reportedly was something that had been planned for some time but was delayed due to the coronavirus pandemic in Japan.

Under Meij’s leadership, Meltzer reported that NJPW’s finances were very strong and was able to survive the coronavirus pandemic better due to the large revenues generated from this year’s two-day Wrestle Kingdom event. Meij was also behind the decision for NJPW to market very strongly to their female fan base and implement new policies designed to make going to shows more comfortable for them. Meij was also responsible for the company focusing more on signing their talents to long terms contracts instead of the previous mentality of short term one-year deals.

Meltzer reported that Meij was also seen as the main person responsible for the loss of Kenny Omega and Chris Jericho, who had been NJPW’s top foreign-based talent in terms of their international growth and interest. Within the company, the general feeling was that he was someone who did not know or fully understand professional wrestling or view NJPW’s talent as individual stars.

Another negative view of Meij revolved around his promise of NJPW being able to generate annual revenues of around $100 million within three years of him being on the job, which was looking less likely of being possible even before the coronavirus pandemic. The loss of NJPW’s television deal in the United States was seen within the company as a big negative factor for this goal. His high salary was also considered a big issue and something that NJPW likely wanted to drop from their books, especially as others within the company had taken major pay cuts during the pandemic.

One of Meltzer’s sources stated that almost everyone within the company was glad Meij would be gone and mentioned his ego as one of the reasons for that mood. This ego reportedly involved him becoming a very public figure in the company and having his own fan club which many felt was a negative change of how the company operates and him overshadowing their big name talent in the mainstream.

In regards to reactions within AEW following NJPW’s announcement, Meltzer reported that the general feeling was of it being good news although also one of uncertainty in regards to if it will lead to an opening of a business relationship between both companies.