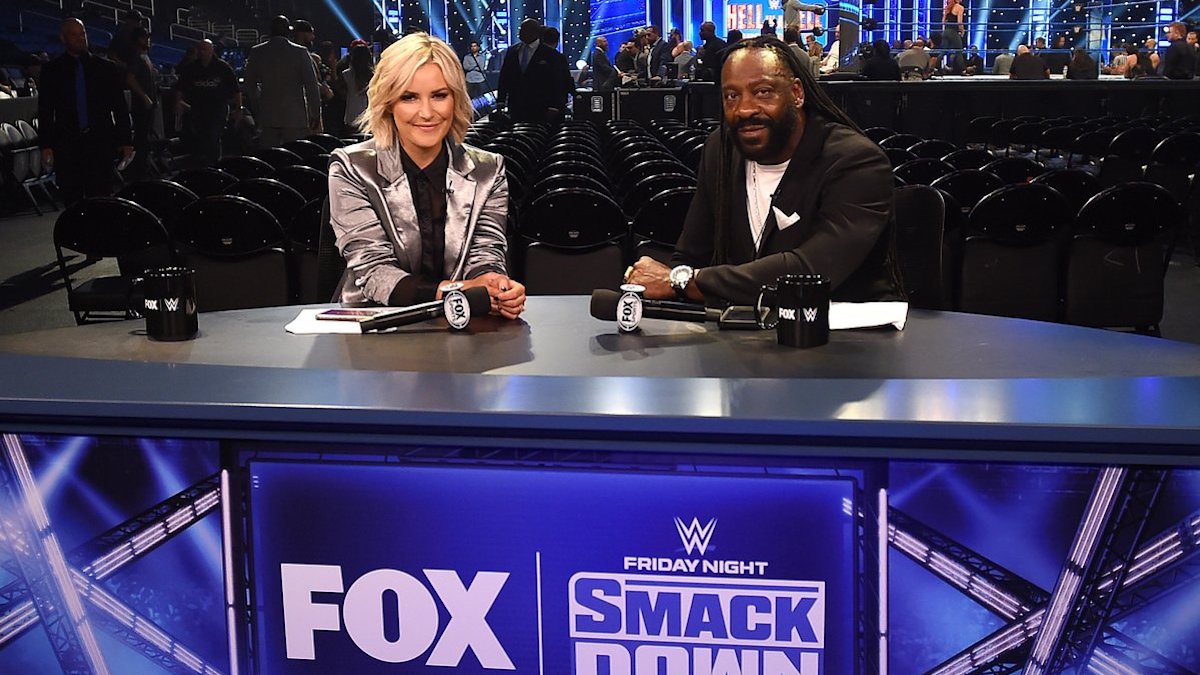 Renee Young will be back hosting WWE-related programming next week, less than two months after leaving the company.

FOX Sports announced that Young and Booker T will host a half hour SmackDown “Kickoff Show” next Friday, October 16 at 7:30 PM ET before SmackDown.

Though she left WWE in August, Young reportedly has a long non-compete clause, which prevents her from working in AEW for a while, if that’s something she wants to do.

Los Angeles – With FOX Sports’ fall programming slate ramping up, including the start of season two of FRIDAY NIGHT SMACKDOWN on FOX, the network is set to deliver two new WWE specials.

On the digital front, FOX Sports elevates its WWE coverage with the addition of its newest multimedia contributor, Ryan Satin. The former editor-in-chief of “Pro Wrestling Sheet” joins the network’s digital team just in time for the WWE Draft, which he discusses in his first FOX Sports column.