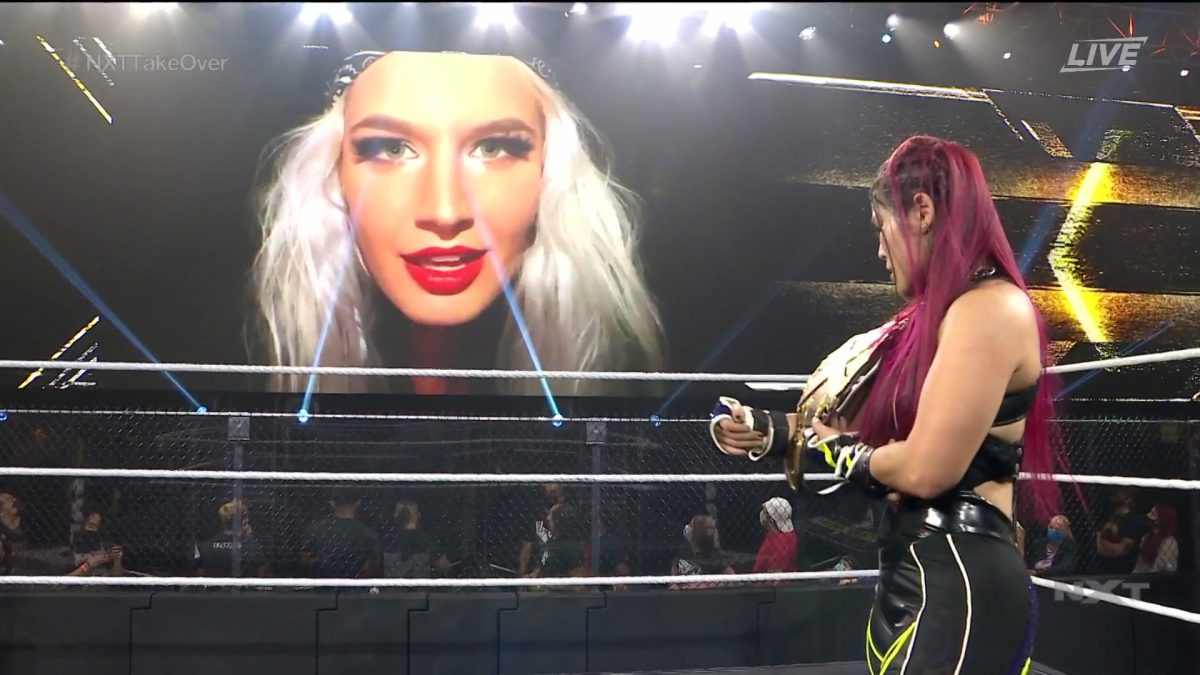 Storm appeared on the video screen after Io Shirai’s NXT Women’s Championship victory over Candice LeRae and said that she wanted to congratulate Shirai for an impressive victory.

“Oh, I also wanted to make sure that you and everyone else around here is keeping their head on a swivel,” Storm said. “Because as of right now, Toni Storm is back in NXT. And it goes without saying that I’ll be turning this place upside down and inside out and I will be showing the NXT Universe that it is indeed, always has and always will be, Toni Time.”

Storm has wrestled in NXT a few times before, but has predominantly been an NXT UK competitor, winning the NXT UK Women’s Championship in January 2019 before losing it to the current champ, Kay Lee Ray in August 2019. Storm hasn’t appeared on WWE TV since the Women’s Royal Rumble match in January.