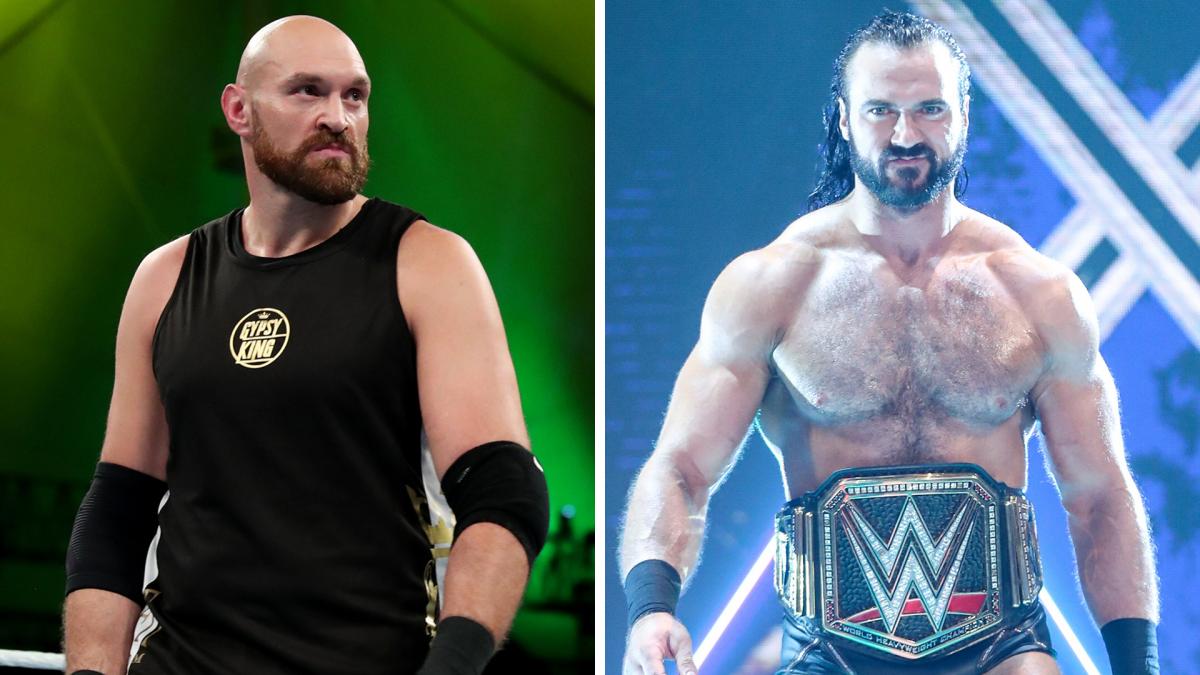 WWE reportedly had plans for a potential pay-per-view event to take place in the United Kingdom this year, according to the Wrestling Observer Newsletter.

Dave Meltzer reported in this week’s issue that WWE officials had plans at one point to hold a potential pay-per-view event in the United Kingdom and it would have been headlined by a match between Drew McIntyre and Tyson Fury. Meltzer reported that those plans were dropped for the time being due to scheduling issues with Fury and his boxing career.

Ember Moon Comments on Inspiration for Her Mystery NXT Vignettes

Sports Illustrated held a recent interview with Ember Moon and one of the topics discussed included the inspiration for the mystery vignettes for her surprise NXT return at TakeOver 31.

“When learned I was headed to NXT, the whole motorcycle package was an idea I had after watching an action movie called Hardcore Henry. The NXT creative team is absolutely amazing, and they got this massive set for me. I wanted elements of The Masked Singer so we could have clues to keep people guessing. And they were like, ‘Let’s do it!’ There is a video game I play, Hellblade: Senua’s Sacrifice, where there are these two dueling voices and you have to listen closely, and we did something similar for the surprise, which was absolutely amazing.”

During a separate interview with Comicbook.com, Moon praised Bo Dallas for helping keep the surprise of her being the mystery NXT person a secret online.

“Can I just give a shout out to Bo Dallas real quick for running defense for your girl! I don’t even know if he knew it was me, but he started posting, ‘Oh, the original NXT champ, if you bolieve.’ I love Bo so much. I don’t even know if he knew it was me, but absolutely amazing, thank you, Bo, you’re the real MVP. I didn’t know if they were going to be like, ‘Who is this chic?’ Because let’s be honest, I’ve been off TV for a year, even though I’ve been on Backstage and done some E-Sports stuff, I’ve tried to stay in the eye, but we all know our WWE fans love WWE and they watch WWE. So I didn’t know what the reaction was going to be until the point where I was like shaking, shaking at one point in time, but the NXT creative team is so amazing. They took an idea that I had for these video packages and they made it [better] times a 1000. They made me way more badass than I actually am, sometimes.”

During a recent streaming session held by AJ Styles on his Twitch channel, Styles commented on WWE’s decision to take over their talents Twitch accounts.

“You would think it would be better than that. For guys who are on here trying to, not only work for WWE, but get on here and Twitch and stuff like that, you’d think it’d be a lot easier to communicate with us and us alone instead of whoever it is behind the scenes, and them going to Joe Blow and them having more information than us. Is anything set in stone? I don’t think anything is. I think it’s going to come down to communication.”