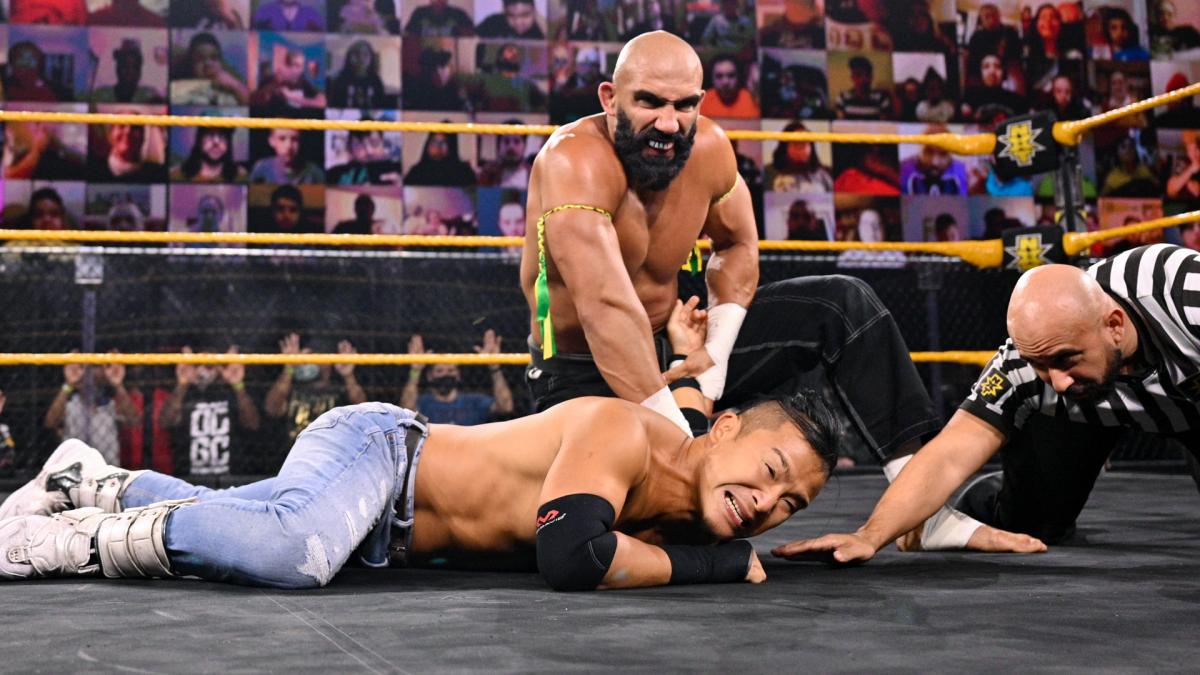 Arturo Ruas suffered a torn right biceps during his match against Kushida on Wednesday’s NXT, according to Fightful Select.

It’s not clear when the injury happened and Ruas appeared to be OK throughout the match.

WWE also confirmed a biceps injury in an NXT injury report video, saying that he has a right biceps injury, is undergoing an MRI and is not medically cleared.

Fightful also says that NXT had more plans for Ruas going forward, so Wednesday’s appearance was not a one-off match. Ruas was drafted to Raw last month, but it looks like those plans were abandoned. Ruas had been appearing on Raw Underground before it ended. He also wrestled two matches on Main Event in August, but before that, his last match was on the March 6 NXT episode.