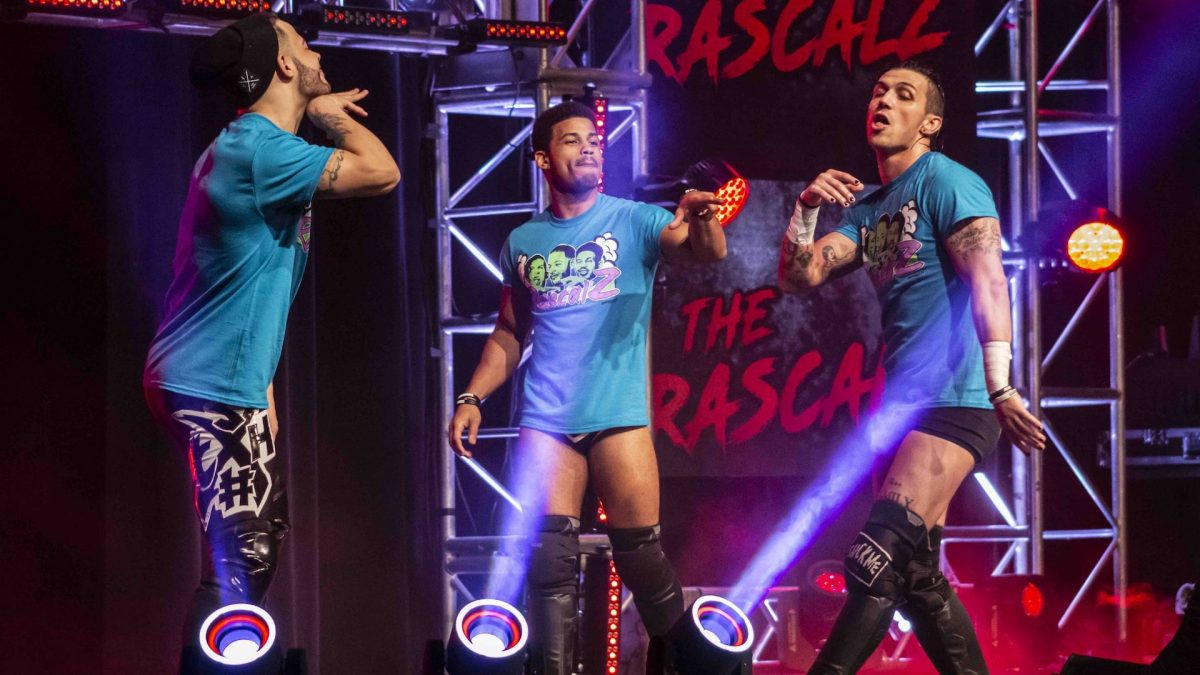 The Rascalz (Trey Miguel, Dezmond Xavier and Zachary Wentz) are leaving Impact Wrestling and will wrestle in their final match for the company on next Tuesday’s show.

Tonight on Impact, the Rascalz did a segment in their treehouse, saying that they received a letter that they’re being evicted from the treehouse in one week because they haven’t paid rent, so that means that they also have to leave Impact.

Later in the show, the Rascalz helped save Rich Swann as he was being attacked by Sami Callihan, Ken Shamrock and Chris Bey. Afterwards backstage, Swann thanked them for helping him and said that he wants them to go out with a bang in their last week. So next week, it’ll be Rich Swann & Trey Miguel vs. Dez & Wentz in the Rascalz’ final match in Impact.

Next week is The Rascalz’ final week on IMPACT and they’re going out with a BANG – it’ll be @DezmondXavier and @zachary_wentz vs. @GottaGetSwann and @TheTreyMiguel! #IMPACTonAXSTV pic.twitter.com/ewQ69XA5Py

The Rascalz first signed with Impact in the fall of 2018, so it appears that their contracts are expiring.

They didn’t win any titles during their Impact run, but Trey Miguel was in the World Championship running earlier this year. Dez and Wentz are the current PWG World Tag Team Champions, having held the titles since April 2018.