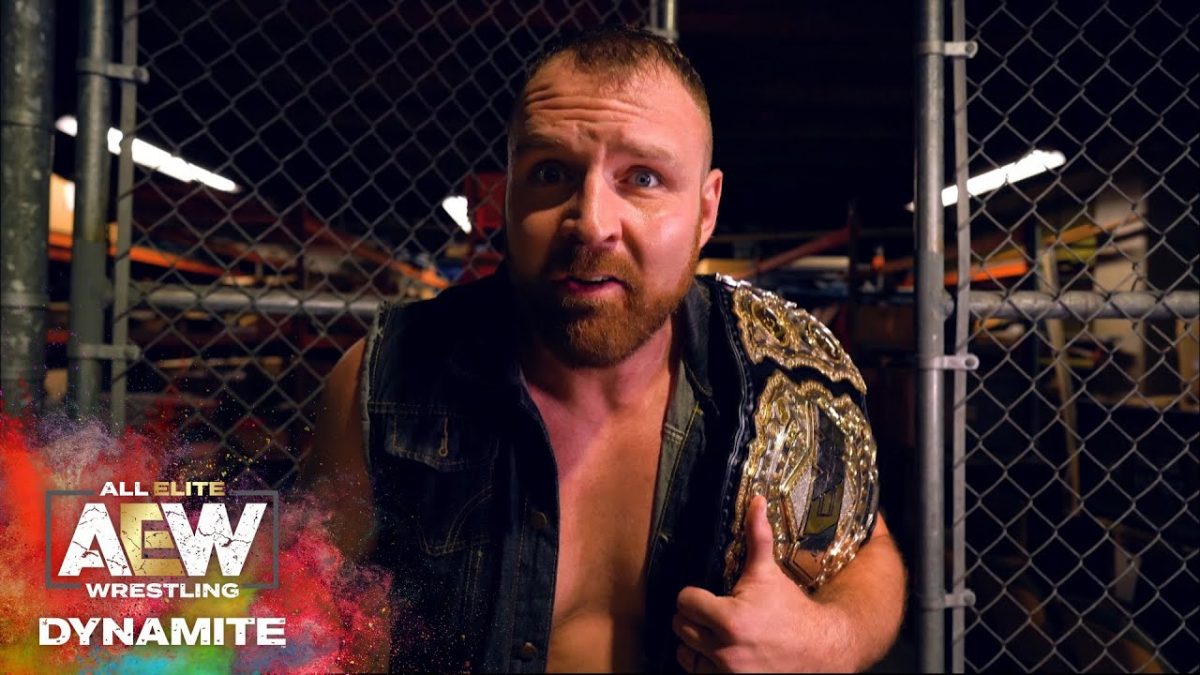 Sports website FightGameMedia.com held a recent interview with Jon Moxley and one of the topics discussed included his thoughts on his feud with Eddie Kingston and AEW’s original plans for the AEW World Championship at Full Gear 2020.

“I had a whole other set of plans for everything I was going to do with Lance (Archer), I had a whole different thing. I won’t reveal it in case I go back to it and do something similar.

The thing with Eddie (Kingston), it was just a bridge for the night, like we have this big advertised main event but it’s 2020 and like, as we all know and the fans are sympathetic to – we show up on the day, someone could have been in contact with somebody and now it’s all f—ing scrapped, so you just have to be able to pivot and do something else. I was just focused on that night with Eddie but literally as soon as the match was over, I choked him out, he’s like ‘I didn’t tap, this is bulls—” and I’m like, ‘Oh, it’s so obvious, he didn’t tap’ because he got choked out, so then, I Quit Match – four weeks of promos, easy money.

I haven’t handpicked any opponent – whatever they’ve put in front of me for this whole title reign, whatever opponent, whatever style I just try to take on that new challenge every single time but this one I kind of gave a nod, it just makes all the sense in the world because we hadn’t finalized the plans yet for the pay-per-view but I was like ‘he didn’t tap, he didn’t, he was unconscious, that’s why he didn’t tap’. And I instantly saw the whole story in my head, and I knew he did too and Tony (Khan) gave us the confidence ‘Okay, do it’.”

MLW officials reportedly are currently working on plans to resume their MLW Underground television series in some form on BeIN Sports within the near future, according to PWInsider.

International Wrestling Association Puerto Rico reportedly is currently working with MLW on plans for Richard Holliday to defend his IWA Caribbean Heavyweight Championship in Puerto Rico, according to PWInsider.

MLW reportedly is currently interested in signing Canadian indie talents Chris and Patrick Voros to official contracts with the company, according to PWInsider. Mike Johnson also reported that MLW is also interested in signing indie talent Jon’tae Kieth and Sefa Fatu to contracts with the company. Fatu is the youngest son of WWE Hall of Famer Rikishi.

Game Changer Wrestling announced that Black Christian, Chris Bey, and Kikutaro will be making an appearance for the company at their Slime Season event on December 5th in Las Vegas, Nevada.

Next Tuesday’s episode of United Wrestling Network’s Primetime Live series will feature the Finals of the UWN World Championship Tournament, which will be Mike Bennett vs. Chris Dickinson. Bennett defeated Shawn Daivari and Dickinson defeated Fred Rosser in the semi-final matches that took place during this past Tuesday’s episode.

New Japan Pro Wrestling announced that they have pulled Yoshinobu Kanemaru from this year’s Best of the Super Juniors tournament due to his current knee injury. Yuya Uemura was announced to be Kanemaru’s replacement for the tournament.

Black Label Pro announced that they have postponed their upcoming Slamilton event in Crown Point, Indiana due to coronavirus-related reasons. The event was originally scheduled to take place on November 21st.