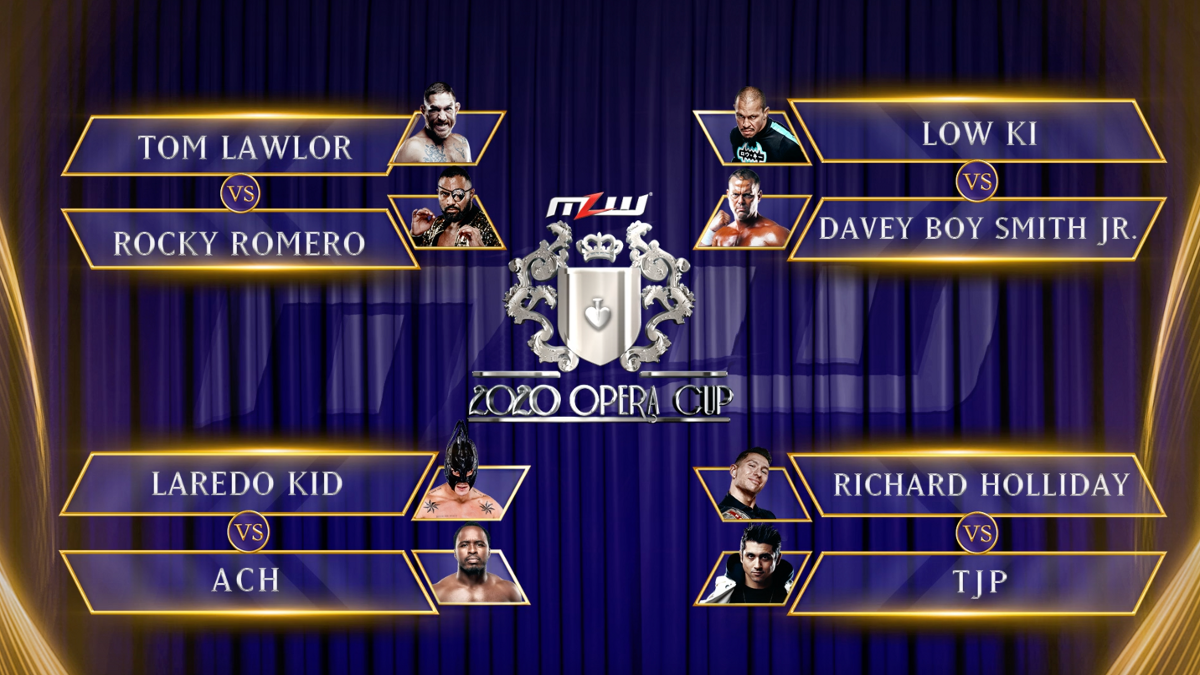 Major League Wrestling recently announced the full field of competitors and bracket for this year’s Opera Cup tournament, which will officially start on the November 25th episode of MLW Fusion.

A recent episode of the Busted Open Radio podcast had The Acclaime ‘s Anthony Bowens and Max Caster as the guest. One of the topics discussed included co-host Tommy Dreamer revealing that Impact Wrestling had been interested in the idea of signing the tag team prior to their signings with AEW.

“You know, I’ll tell you this, I’ll let you in on a little inside. We were losing The Rascalz and wrestling, we know when contracts are coming up [in] IMPACT Wrestling and Brian Myers pitched both you guys to come to IMPACT and we’re like, ‘Yeah, we’ll probably look at them for the upcoming year.’ So, it’s cool to go from having nothing and I’ll tell you this because not only did you have AEW interested, you had IMPACT interested in you. That [didn’t] happen and everything happens for a reason but just the fact that you go so long in wrestling and then all of a sudden, the doors open up for you and to tell you a quick story, Scotty 2 Hotty was the next Shawn Michaels. He looked just like Shawn Michaels, and he was plugging away for the business for a long, long time and in the same week, he had job offers from ECW, WCW and the WWF, and from doing it for like six-to-eight years and then for the same week to have all these people clamor for him, it’s pretty, pretty cool so you guys, I know at least had options where I didn’t even know if you guys knew that other people were plugging for you and it was based upon your talent.”

During the interview, Bowens stated that he was originally planned to work in AEW earlier this year but those plans were dropped due to the coronavirus pandemic.

“Right after we spoke [Busted Open Radio in January], from what I understand, I was supposed to doing something at the Blood & Guts show or at least be there so I was like, ‘This is my moment, this is my time’ and then 30 minutes later, ‘All shows cancelled’ and I was like, ‘No! No, not again’ and then something similar happened in June then finally I was able to get down here and then a couple weeks later the good news came.”