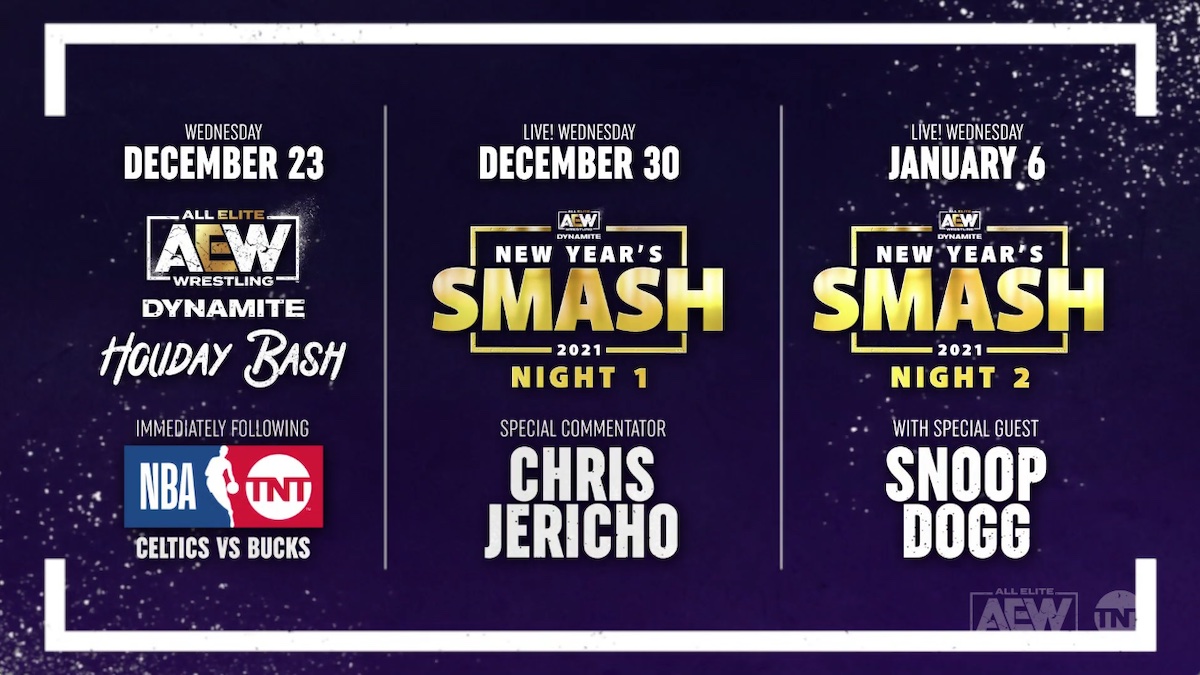 These five matches were announced for next week’s AEW Dynamite:

– The Acclaimed vs. SCU (Kazarian & Daniels)

AEW also announced that there will be three holiday-themed episodes of Dynamite coming up: