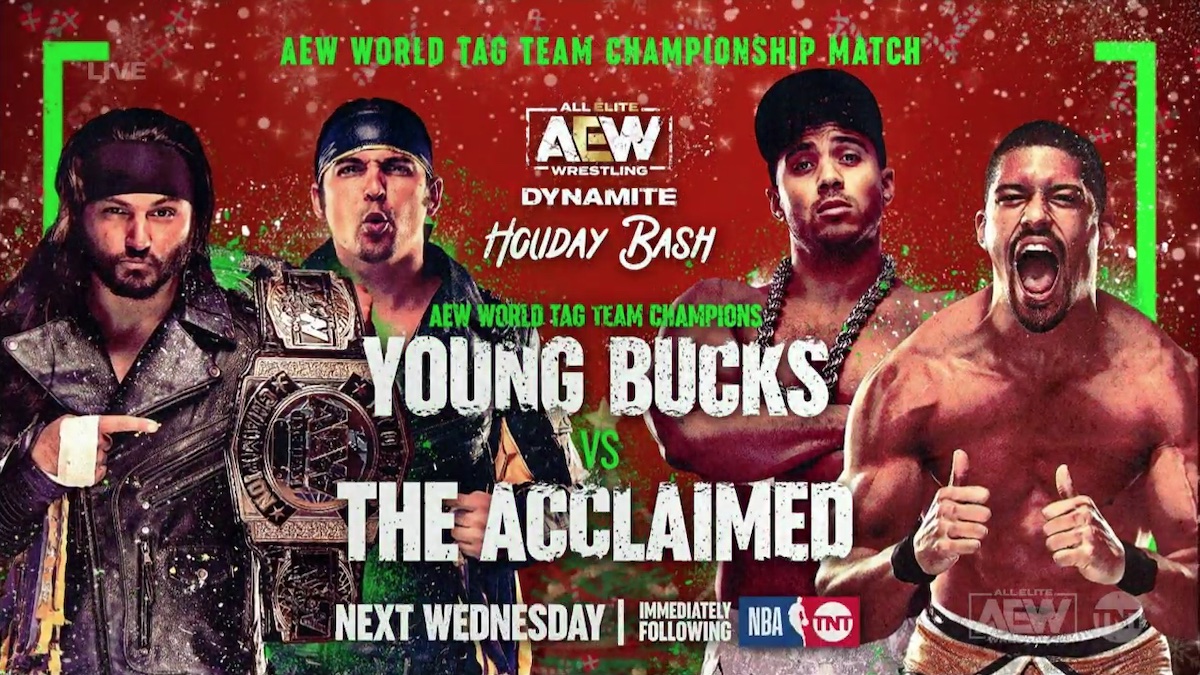 AEW announced the following matches for next week’s Dynamite, which will air at either 10 PM ET or after the NBA game is over on TNT.

– Pac vs. The Butcher

– An announcement about Penelope Ford and Kip Sabian’s wedding

Also announced for the December 30 Dynamite: