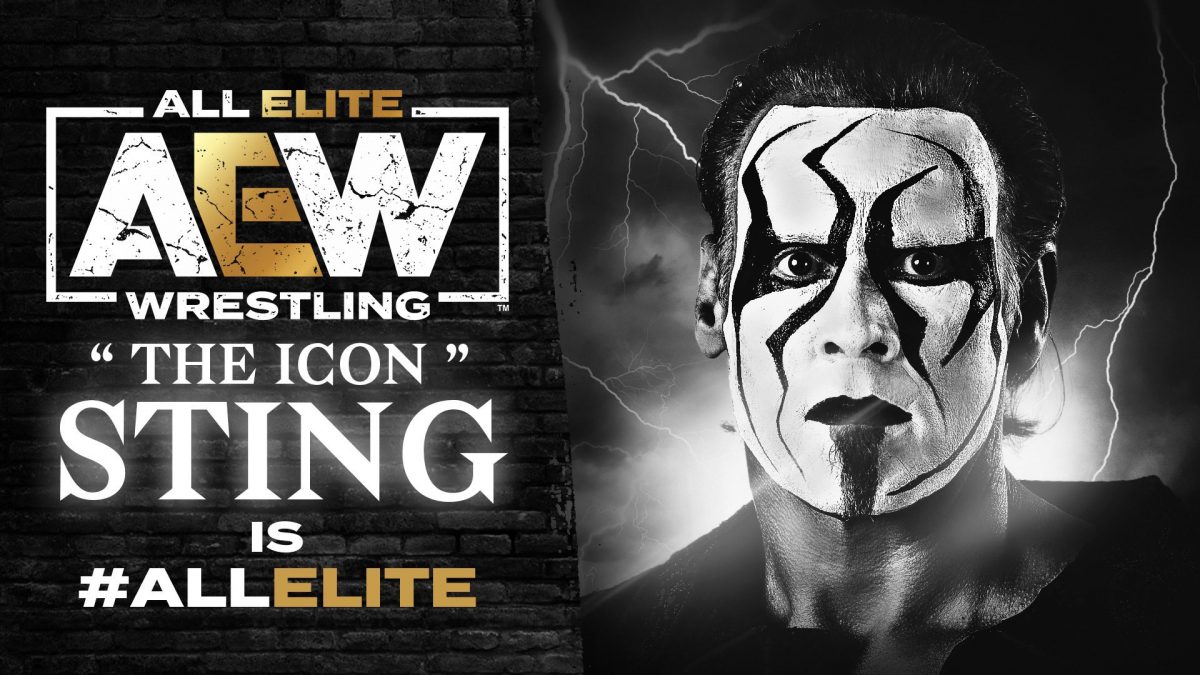 Sting made a surprise appearance on tonight’s AEW Dynamite and it was announced that he has signed a “multi-year contract” with the company.

After Cody Rhodes & Darby Allin defeated Powerhouse Hobbs and Ricky Starks on Dynamite tonight, Team Taz beat down Cody, Allin, Arn Anderson and Dustin Rhodes. The lights then went out, a wintery video played, and Sting walked out with his baseball bat. By the time he got to the ring, the heels were gone, so he took a close look at Cody, Darby, Arn and Dustin, one by one in each corner as the crowd popped and Tony Schiavone and Jim Ross “marked out” for the return of the Stinger.

After commercials, Schiavone passed along news from Tony Khan that Sting has signed a multi-year contract with AEW.

It’s not clear if he’ll be wrestling in AEW, but he has talked about wrestling another match. Last December, he told Sports Illustrated that he’d like to wrestle the Undertaker at WrestleMania. “If there was a ‘Taker situation at WrestleMania, I would listen to that phone call,” he said. “I could get in condition and I could pull it off.”

Sting announced his retirement from wrestling in 2016 during his WWE Hall of Fame speech after he suffered a neck injury in 2015 after taking a buckle bomb from Seth Rollins.

However, he did not undergo surgery, saying in a WWE interview that he likely has spinal stenosis but felt “completely normal” a few months later. “I actually did not have surgery. The side effects you’re supposed to have, I’m not really having any. I’m feeling good [and] completely normal. I have had certain doctors tell me, ‘You know, so many athletes of all ages, they’ve got this. They deal with it to some degree or another.’ I had one doctor here tell me, ‘You’re fine, you’re okay — you don’t have anything to worry about.’ So I’m thinking, as long as I’m feeling good, why am I going to do anything? And the one thing everyone has said is don’t go under the knife unless you absolutely have to.”

Sting’s WWE contract expired in May of this year.

He will appear and “speak” on Dynamite next Wednesday, AEW announced.