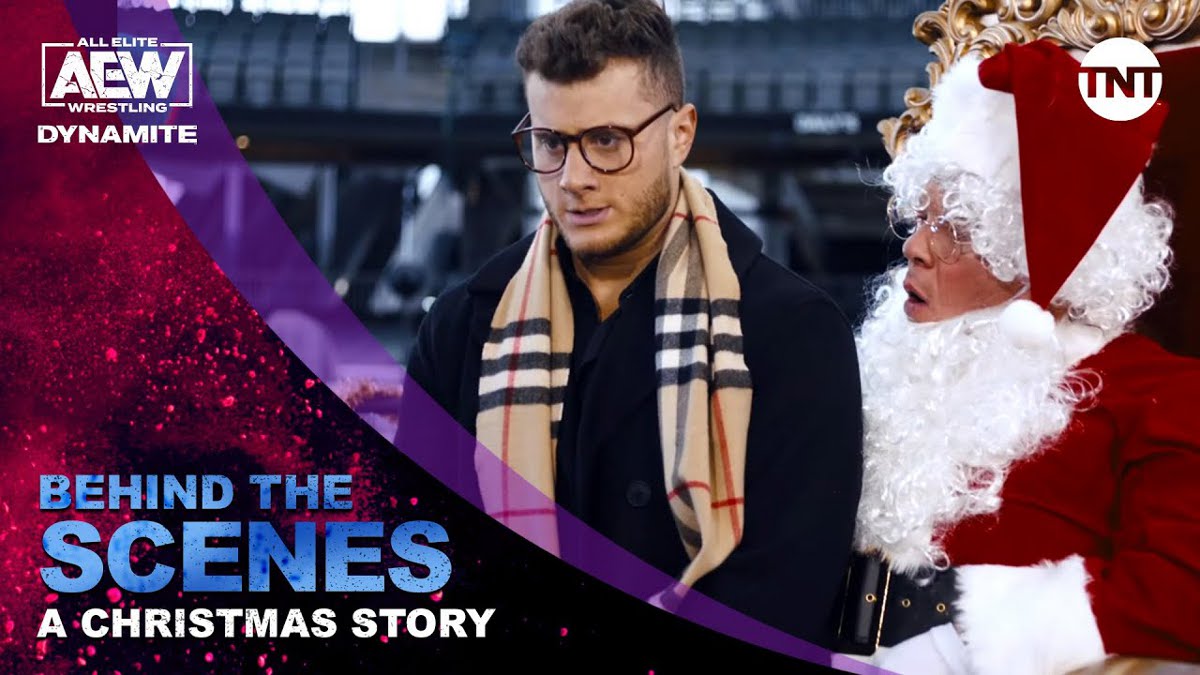 AEW announced that clips of AEW talent reenacting scenes from classic film A Christmas Story will be airing on Christmas Eve during the annual 24-hour marathon of the film on TNT and TBS.

It was also said that these scenes will help raise awareness for AEW’s nonprofit partner charity KultureCity.

LOS ANGELES – December 16, 2020 – TNT is bringing “A Christmas Story” into the ring as AEW’s wrestlers reenact iconic scenes from the beloved film. Beginning December 24, the scenes will air as interstitials during TNT and TBS’ 24-hour “A Christmas Story” marathon, as well as online at TNT.tv and TNT’s YouTube page. Fans voted online to help re-create the cast, including:

Scenes include Ralphie’s cringe-worthy Santa Claus visit, the pink bunny suit bit and the unforgettable “Triple Dog Dare You” and leg lamp moments. Online and on social media, this exclusive activation will help raise awareness for AEW’s nonprofit partner KultureCity, the nation’s leading nonprofit on sensory accessibility for those with autism, PTSD, anxiety and other sensory ailments. Starting Wednesday, December 23, fans can logon to AEWCares.com to donate to KultureCity.

New Japan Pro Wrestling’s Tetsuya Naito was announced to have taken their top award as their MVP of 2020.

NJPW won the most awards at three, followed by Pro Wrestling NOAH with two awards, and DDT Pro-Wrestling and Stardom with one award each.

Lucha Libre AAA reportedly recently pulled down the original broadcast of their Triplemania XXVIII event on YouTube and Facebook and uploaded a new edited version due to music rights issues, according to Lucha Blog. It was reported that this new version does not feature complete matches from this past Saturday’s event.

L.A. Park reportedly suffered a knee injury during his match at this past Saturday’s AAA Triplemania XXVIII event, according to TheCubsFan.com. It was reported that L.A. Park currently does not believe the injury to be serious but he was unable to dance at his daughter’s birthday party.

A mini-documentary based on Kurt Angle was produced and released by wrestling and entertainment website 411Mania.com on their YouTube channel. This documentary is over 6 minutes in length and focuses on Angle’s career from his departure from WWE in Summer of 2006 to his official debut in TNA in September 2006.

Stardom announced a new match for the card of their 10th Anniversary Show on March 3, 2021 at Nippon Budokan in Tokyo, Japan: