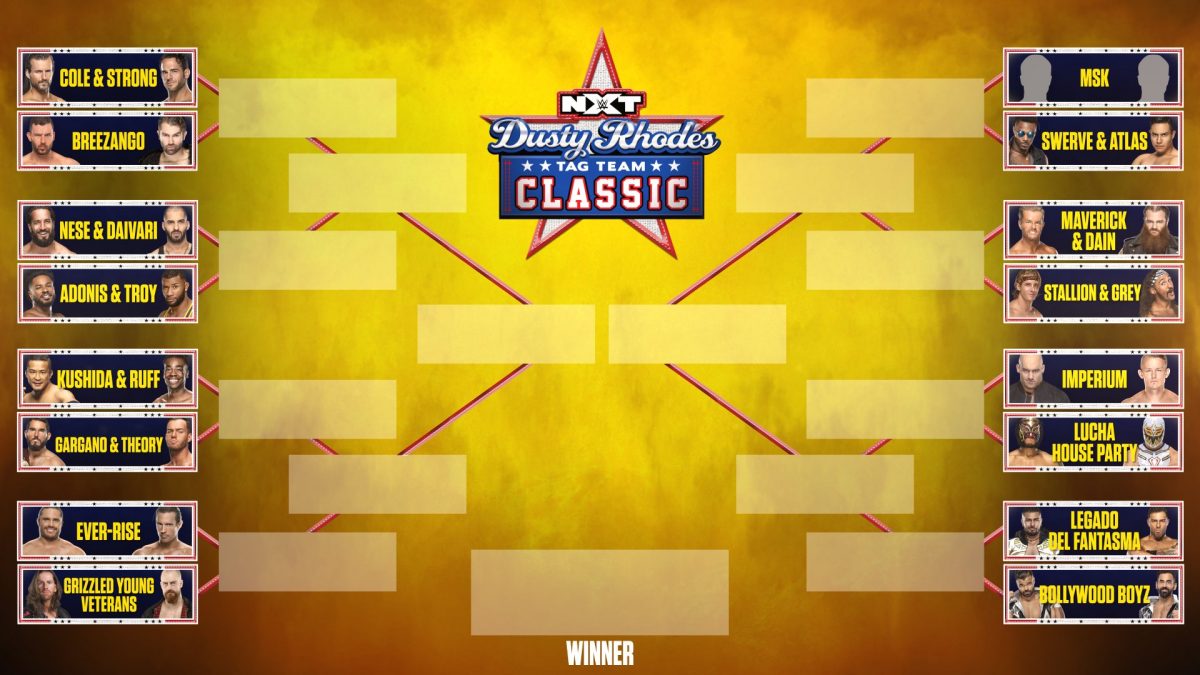 NXT revealed the bracket, which you can view above, for the Dusty Rhodes Tag Team Classic tournament, which will begin on tonight’s NXT episode.

A mystery team called “MSK” will face Jake Atlas and Isaiah Scott in the first round. No word on who they might be, but some fans have guessed that they could maybe be The Rascalz, who signed with WWE last month.

Two matches will take place tonight on NXT: Adam Cole & Roderick Strong vs. Breezango, and Ever-Rise vs. Grizzled Young Veterans. Some of the matches will also happen on 205 Live, but WWE hasn’t said which yet.