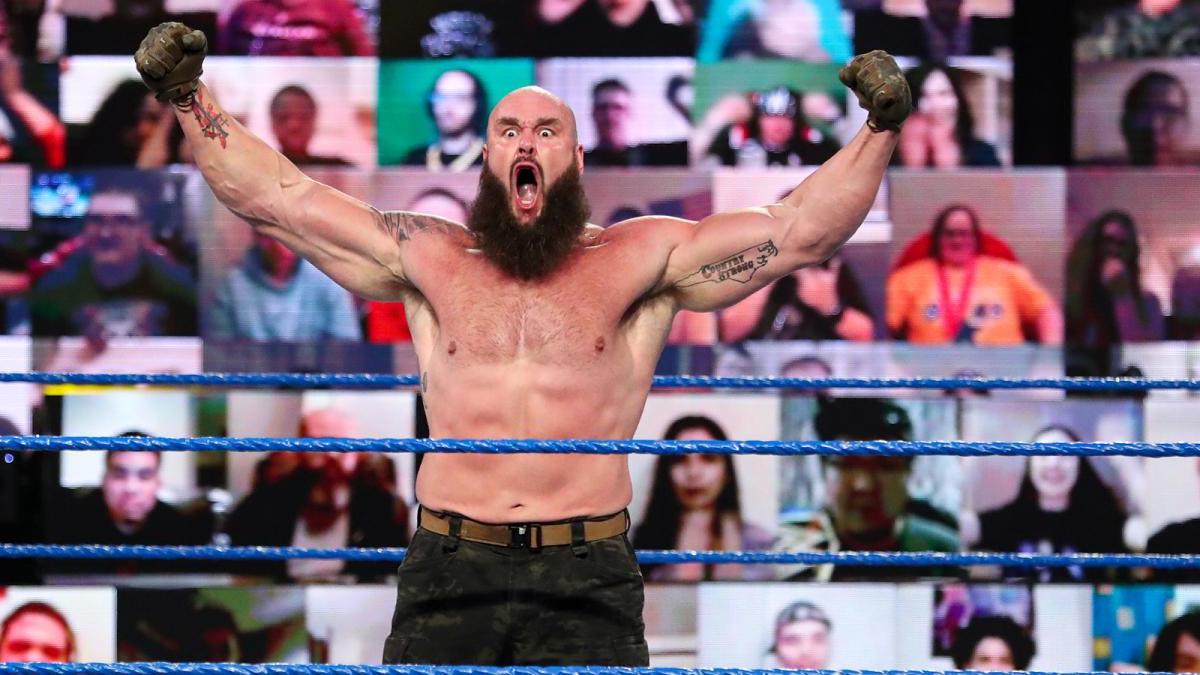 Braun Strowman returned to WWE TV tonight on SmackDown for the first time since he was “suspended” in November.

After the show’s 10 man main event, as the heel side attacked the faces after the match, Strowman’s music hit and he ran down and shoulder blocked AJ Styles, then took out Sami Zayn and Cesaro in the ring, hitting them with a few moves including his running powerslam.

On commentary, Michael Cole and Corey Graves speculated that this means that Strowman has declared for the Royal Rumble.

Strowman has been out since he was “suspended indefinitely for putting his hands on WWE official Adam Pearce,” as WWE put it. The real reason is that he’s been dealing with a knee injury, according to Dave Meltzer. Strowman was reportedly originally scheduled to face Drew McIntyre for the WWE Championship at TLC last month, but couldn’t because of the injury, so WWE did the suspension storyline.