Sting Will Wrestle in a “Street Fight” at AEW Revolution 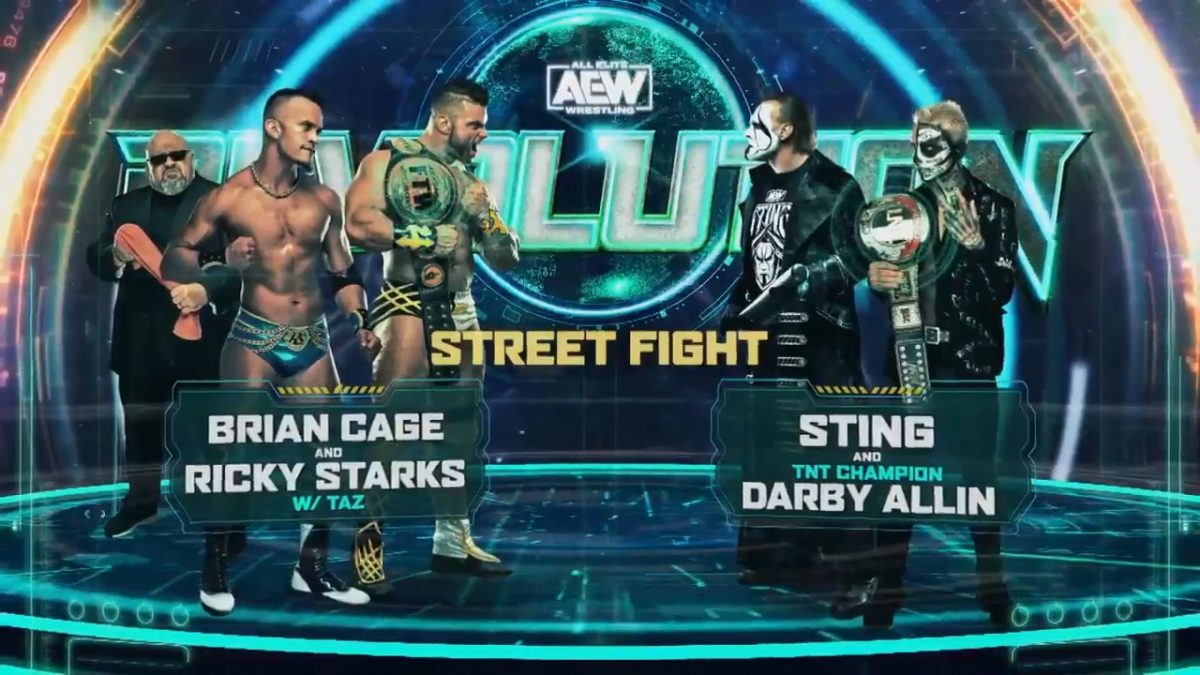 AEW announced the first match for their next PPV, Revolution, and it will feature the wrestling debut of Sting in AEW, albeit not in a standard wrestling match.

Sting and Darby Allin will team up to face Brian Cage and Ricky Starks in a “Street Fight.”

With Sting being limited in the ring due to a neck injury and spinal stenosis, a street fight will allow AEW to protect him. It’s possible that it could also be a “cinematic” match, allowing for editing.

The match was set up last night on Dynamite when Team Taz challenged Sting and Darby Allin to a street fight, and Darby and Sting essentially accepted.

AEW Revolution will take place on Saturday, February 27 on PPV.