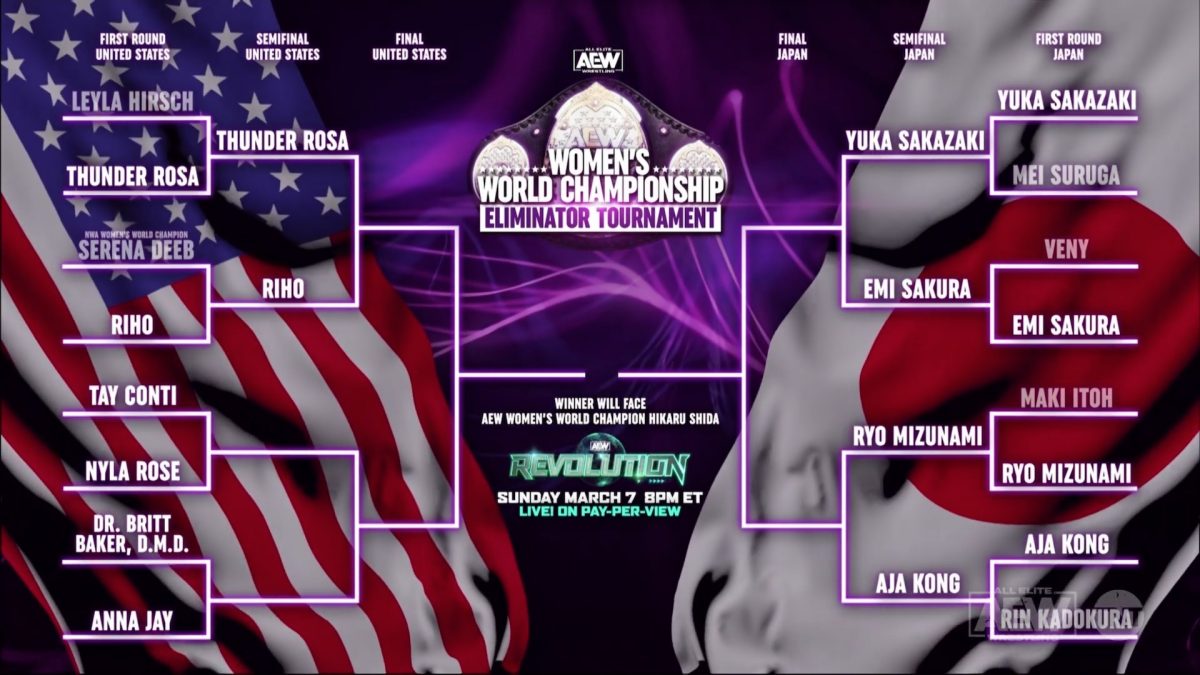 Tony Khan announced that the AEW Women’s World Championship Eliminator Tournament round 2 match between Thunder Rosa and Riho will air as part of an AEW special on Bleacher Report on Sunday, February 28. The air time wasn’t announced yet.

With @BleacherReport’s 9.4M Twitter + 14.8M Instagram followers, it’s a huge opportunity to introduce @AEW & our great wrestlers to new fans by streaming such a high stakes bout between 2 of the best as part of a free Sunday Special. Thank you @BleacherReport for teaming with us

According to Dave Meltzer, there will be two or three other matches also airing on the special, including the final match from the Japanese side of the bracket.

The tournament finals between the American and Japanese side will take place on the March 3 Dynamite, Meltzer said. The winner of the tournament will face Hikaru Shida for the title at the Revolution PPV on Sunday, March 7.