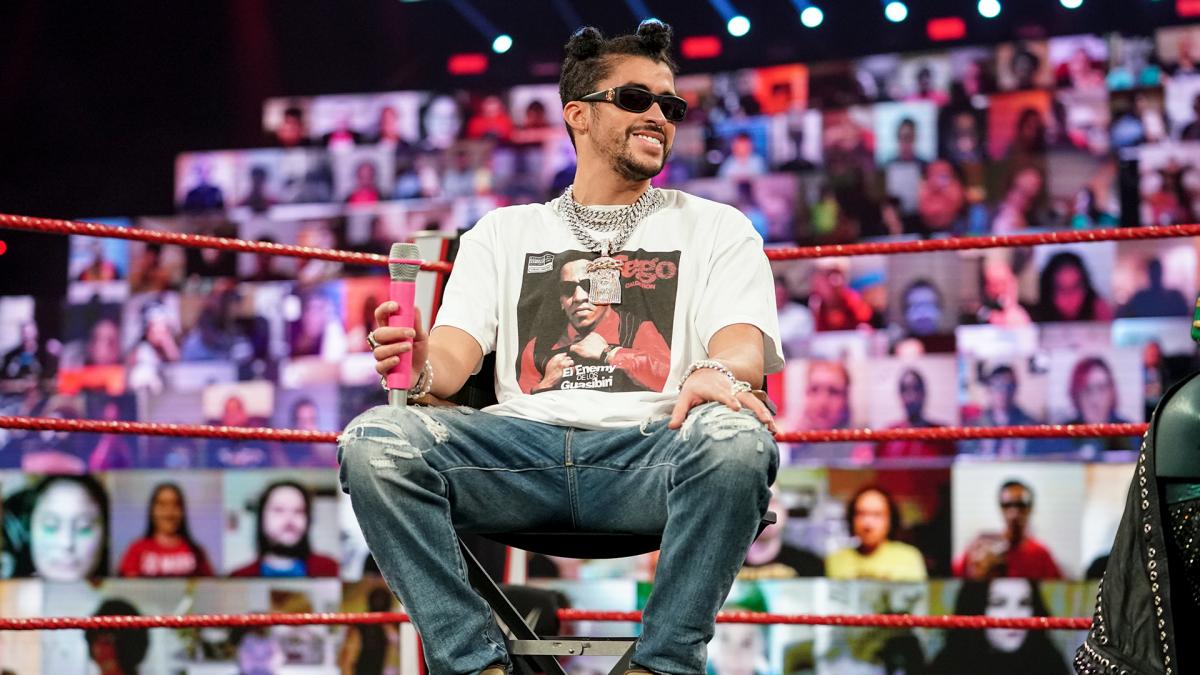 Recording artist Bad Bunny, who appeared at the Royal Rumble and Raw last night, will make more future WWE appearances, according to PWInsider.

PWInsider says that WWE is planning for him to be at WrestleMania and there has even been a pitch for him to wrestle in a match on the show, but whether that happens remains to be seen.

After performing his song “Booker T” at the Royal Rumble, Bad Bunny got involved in the Royal Rumble match after The Miz destroyed his DJ equipment, hitting a top rope dive to the outside on The Miz and John Morrison. Last night on Raw, he was the guest in a Miz TV segment, which ended with him bringing out Damian Priest, who defeated Miz in a match during which Bad Bunny hit John Morrison with a microphone after Morrison got in his face.

Bad Bunny is a huge reggaeton musician, who performed at the Super Bowl halftime show last year with Jennifer Lopez and Shakira, and was Spotify’s most streamed artist of the year in the world in 2020.

He has almost 30 million Instagram followers and 2.6 million Twitter followers, and his Royal Rumble dive got coverage on TMZ and several other sites.