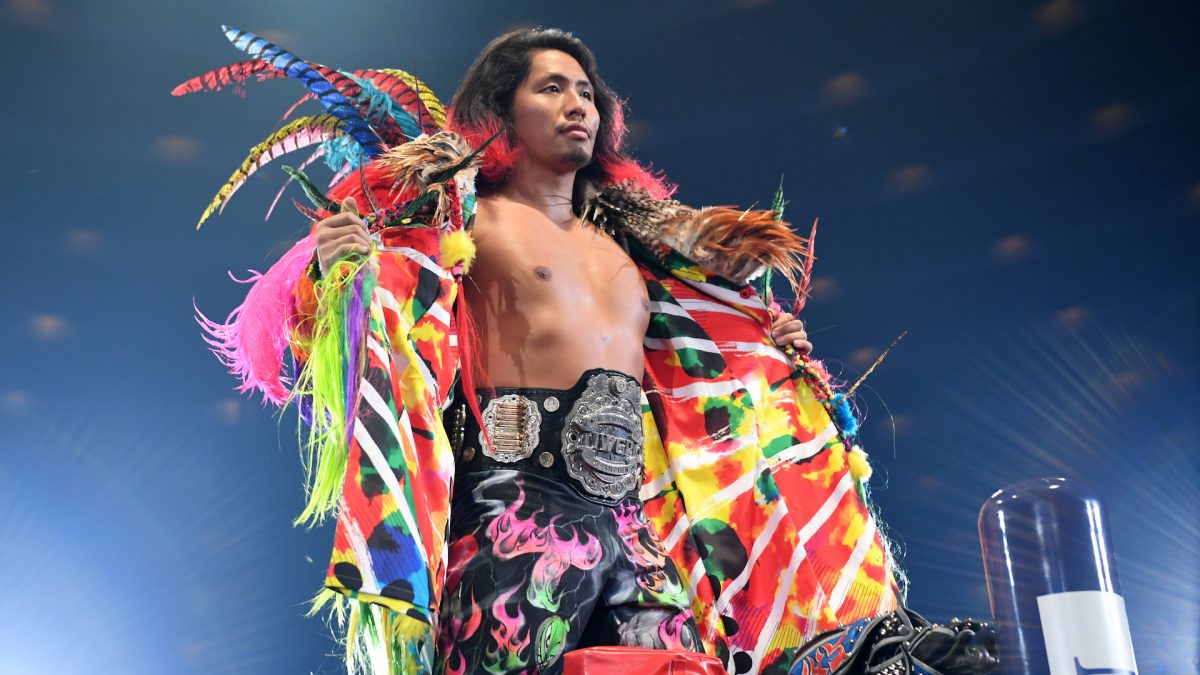 As noted before, New Japan Pro Wrestling announced that Hiromu Takahashi suffered a serious pectoral injury at their Road to Castle Attack event on January 19th in Iwate, Japan.

During Thursday’s Road to Castle Attack event in Tokyo, Japan, Takahashi announced to the crowd that he was vacating his IWGP Junior Heavyweight Championship due to the severity of his injury. Takahashi also asked BUSHI to be his official replacement for his scheduled match against El Phatasmo at Night Two of NJPW’s Castle Attack event this Sunday.

Following Thursday’s event, NJPW announced that they have made a change to the card of this Sunday’s Night Two of Castle Attack event. The scheduled IWGP Junior Heavyweight Championship match will now be a Triple Threat match of BUSHI vs. El Phantasmo vs. El Desperado with the winner to be crowned the new champion.

NJPW and Consejo Mundial de Lucha Libre recently issued a joint statement confirming that the working partnership between both companies is “unwavering.” Despite NJPW working with promotions in the United States who are currently associated with Lucha Libre AAA, this joint statement also mentioned that CMLL will remain NJPW’s exclusive partner in Mexico.

Since November 2009, New Japan Pro-Wrestling and CMLL have enjoyed a unique and prosperous working relationship. This relationship has seen CMLL stars travel to Japan every January for the annual Fantasticamania tour as well as competing in New Japan rings on a frequent basis, and NJPW prospects developing in excursions to CMLL in Mexico. NJPW remains deeply proud of the strong bond it has with CMLL.

Unfortunately, the ongoing global COVID-19 pandemic prevented Fantasticamania from taking place in January 2021. However, New Japan Pro-Wrestling would like to reassure fans that its relationship with CMLL is unwavering, and that CMLL will continue to be the exclusive business partner for NJPW in Mexico.

New Japan Pro-Wrestling is proud to issue this joint declaration with CMLL to reaffirm our mutual commitment. There is plenty more to come from NJPW’s partnership with CMLL in the future, and we appreciate your support.

New Japan Pro-Wrestling is the leader of the Japanese pro-wrestling industry, and we have developed a strong relationship of mutual trust for 12 years now. It is an honour for us to continue working with NJPW moving forward. Gracias!

Here is the updated card for Night 1 of NJPW Castle Attack, which takes place this Saturday at the Osaka-Jo Hall in Osaka, Japan. Night 1 will air live on New Japan World starting at 2:00AM EST.