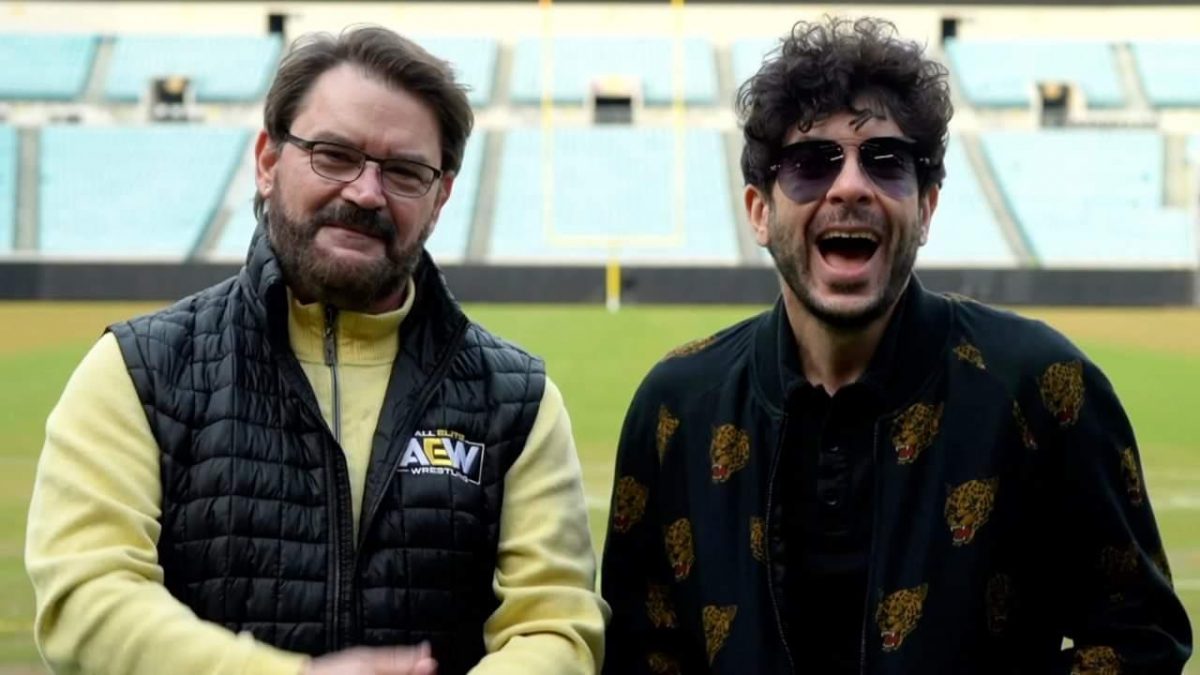 A recent episode of the Wrestle Fetish podcast had AEW CEO Tony Khan as the guest. Some of the topics discussed included his thoughts on AEW’s working relationship with New Japan Pro Wrestling and AEW’s “Forbidden Door” being open for WWE.

On the topic of AEW and NJPW’s current working relationship, Khan stated:

“Hopefully, you can create a synergy where together, the two companies are stronger than they were as two individuals. I think that’s happening with the relationships we’re building. We’re starting to see things that are helping both sides and creating a buzz that is bigger than just one company. The biggest thing in relationships with me is to treat people really well and be honest with people. I true to and I don’t bat 1.000, but I try to treat people well and that’s why people like to work [for AEW]. I think people have had a good experience, for the most part. I try to be honest with people about what I’m looking for and I do think that sets us apart from some other wrestling companies. In dealing with other wrestling companies, I try to treat them the same way. Whether it’s Scott [D’Amore] and Don [Callis] or the folks from New Japan, I try to treat them with a lot of respect off-camera and on-camera, I don’t necessarily treat everyone with respect [laughs]. I don’t want to be a character like that on our show. For the relationship off-camera, it’s very important, but you have to protect your own company. Sometimes, we’re all too protective and there is a balance. There is a fine line you have to walk it very carefully where you protect your own company but also do interesting things. A lot of our wrestlers have been big stars in New Japan. There are a lot of people that have been in New Japan and know it well. A lot of fans watch both companies and that’s great. I encourage that and want people to be fans of both companies.”

On the topic of AEW’s “Forbidden Door” being open for WWE, Khan stated:

“They are more than welcome. As I’ve said, the forbidden door is open. Just come and knock. If they were to knock on the door, then I would certainly be willing to let them in.”

New Japan Pro Wrestling announced that they have cancelled their scheduled February 21st Road to Castle Attack event in Fukushima, Japan due to the event’s host venue being damaged by a recent earthquake in the region.

All Japan Pro Wrestling recently announced the full schedule for this year’s Champion Carnival tournament, which takes place from April 9th to May 3rd in Japan.

The mother of the late Hana Kimura recently announced that a memorial event for Kimura will be taking place on May 23rd at the Korakuen Hall in Tokyo, Japan. It was also announced that this event is called “See You Again” and tickets will go on sale later this match.

Ring of Honor reportedly has recently signed Bandido and Flamita to new contracts with the company, according to PWInsider.

ROH announced that they will be holding their 19th Anniversary event on March 28th. It was also announced that the first hour of the event will air for free on HonorClub, Best on the Planet, STIRR City, Facebook, YouTube, FITE.TV, and traditional cable PPV providers starting at 8PM EST.

WrestleCon announced that Arn Anderson, Lex Luger, and Jerry “The King” Lawler will be making an appearance at their WrestleCon 2021 convention on April 9-10 in Tampa, Florida.