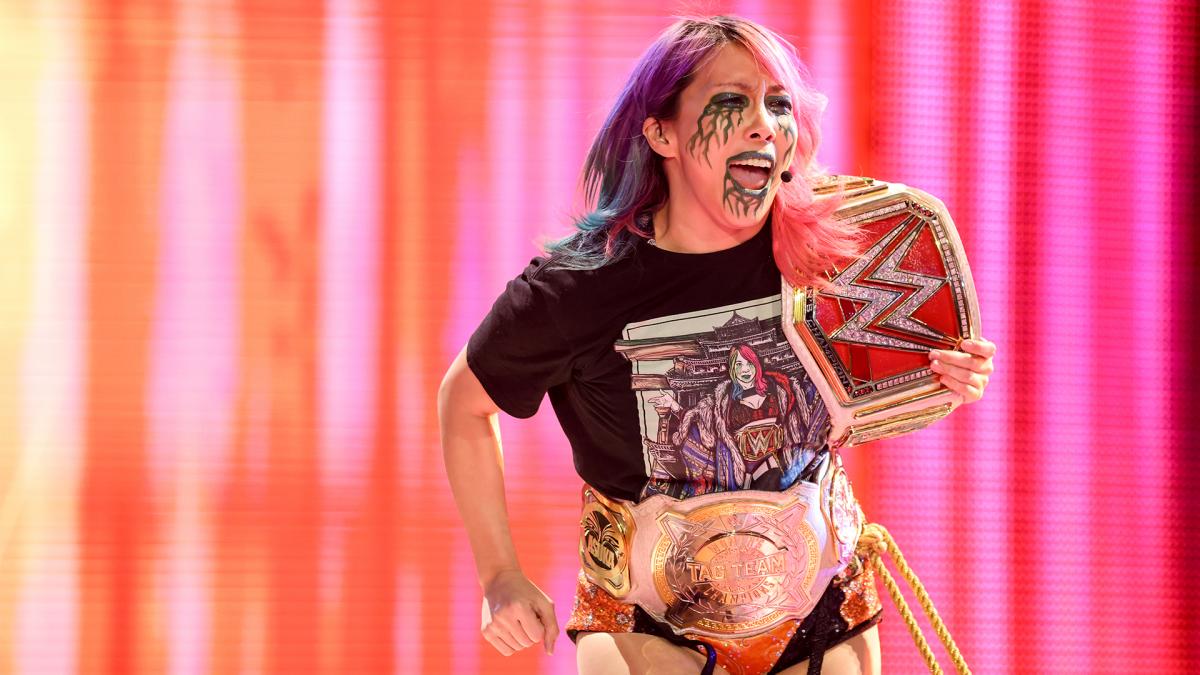 Monday’s episode of WWE RAW featured a women’s tag team match of Charlotte Flair and Asuka versus Nia Jax and Shayna Baszler. During the match, Baszler delivered a rough looking kick to Asuka’s face to break up her armbar submission hold on Jax. Asuka was seen clutching her face during the post-match angle with Flair.

PWInsider’s Mike Johnson reported that Asuka was checked on backstage by WWE’s medical team following the match and she did suffer a legitimate mouth injury. Asuka reportedly had one tooth knocked out but it is currently not known if she was diagnosed with any additional injuries besides the lost tooth.

As noted before, WWE recently signed a deal with NBC to move their WWE Network service over to NBC’s Peacock streaming service starting on March 18th. This move currently will only affect the U.S. version of WWE Network which will cease to exist as a separate service afterwards.

During Sunday’s Elimination Chamber 2021 event, WWE announced that next month’s Fastlane 2021 event on March 21st will air on both the WWE Network and NBC Peacock service in the United States. WWE also announced that WrestleMania 37 will air exclusively on Peacock.

Due to WWE’s recent announcement, it is currently rumored that WWE has delayed their plans to migrate their WWE Network service to Peacock for unknown reasons at the moment.

WrestleVotes reported on Twitter that WWE officials currently do not have any plans for The Miz to be involved in the WWE Championship match at WrestleMania 37.

It was also reported that WWE officials currently do have Bobby Lashley scheduled to be involved in that match although it was not stated if he would be the champion going into the event.

It’s that time of year- LOTS of misinformation b/w sources, which happens around WM. However, from source:

WWE Title match- The Miz is
not scheduled to be involved.

As of now, Bobby Lashley IS.

Dave Meltzer reported in a recent episode of the Wrestling Observer Radio that WWE officials still have plans to have at least 30,000 fans in attendance for both nights of WrestleMania 37. Meltzer reported that the reason for the lack of ticket information for the event is due to WWE officials still are trying to figure out the logistics of having that many fans safely attend the event during the on-going coronavirus pandemic.

This past Friday’s episode of WWE Friday Night SmackDown drew a final viewership of 2,217,000 on FOX, according to Showbuzz Daily. This was up compared to the initial overnight number of 2,072,000 viewers on the network.