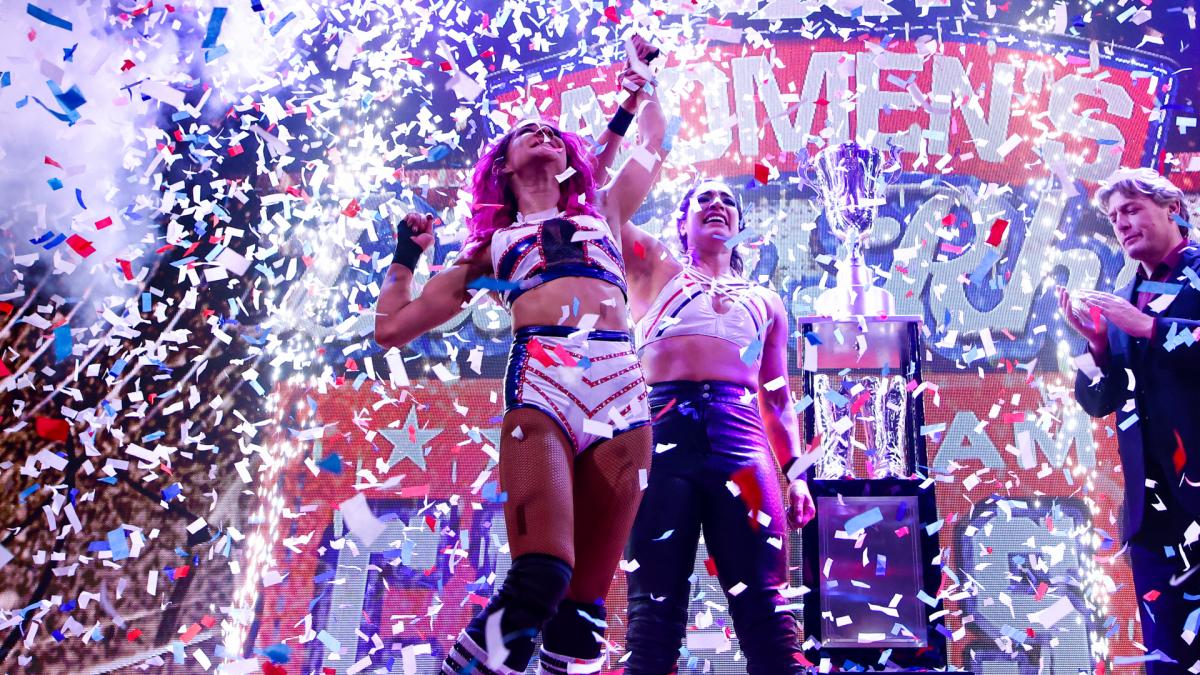 A recent episode of the Rasslin’ with Brandon F. Walker podcast had Dakota Kai and Raquel Gonzalez as the guests. Some of the topics discussed included Triple H’s comments after they won the first ever Women’s Dusty Tag Team Classic tournament and the Shawn Michaels and Diesel dynamic of their team.

On the topic of Triple H’s comments after they won the Women’s Dusty Tag Team Classic, Gonzalez stated:

“Yes, he [Triple H] was very proud. Very proud of us coming together and pulling this off and he asked us as well if we had ever met Dusty [Rhodes] while we were at the PC and like I said, unfortunately we both came and started at the PC after his passing but he said something very special to us which was that Dusty would be very proud. He would be very proud to know that Dakota and I are the first women to win the women’s Dusty Classic.”

On the topic of the Shawn Michaels and Diesel dynamic of their team, Kai stated:

“Well, initially we were very much compared to the Shawn [Michaels] and Diesel-type dynamic. Shawn actually said it to us himself which is the craziest compliment in the world. From someone like HBK, I don’t know about you Raquel, but I still get weird seeing Triple H and Shawn Michaels helping us and being our boss. It’s just weird to me, I don’t know. I looked up to them when I was younger so…

But on what you said, initially we did take a lot of the sort of same blueprints as they did but I think as of now, we’re kind of just running with what we have and doing our best to try new things and really work on this dynamic that we have together because it’s different and yeah, I think we’re kinda just running with it at this point and [I] think it’s been successful, so far.”

As noted before, Sonya Deville was the victim of an attempted kidnapping incident in Lutz, Florida this past August. The suspect, Phillip A. Thomas, was quickly arrested and admitted to stalking and planning to kidnap Deville.

Johnson also reported that there was a recent court hearing to appoint an expert to help determine if Thomas is mentally competent to stand trial. The reason for this reportedly is due to Thomas not giving a deposition on his scheduled date of February 5th.

Thomas is currently facing charges of Aggravated Stalking, Armed Burglary of a Dwelling, Attempted Armed Kidnapping, and Criminal Mischief. Johnson reported that Thomas is currently being represented by a public defender and has invoked his fifth amendment right to remain silent.

This past Friday’s episode of WWE Friday Night SmackDown drew a final viewership of 1,990,000 on FOX, according to Showbuzz Daily. This was up compared to the initial overnight number of 1,884,000 viewers on the network.