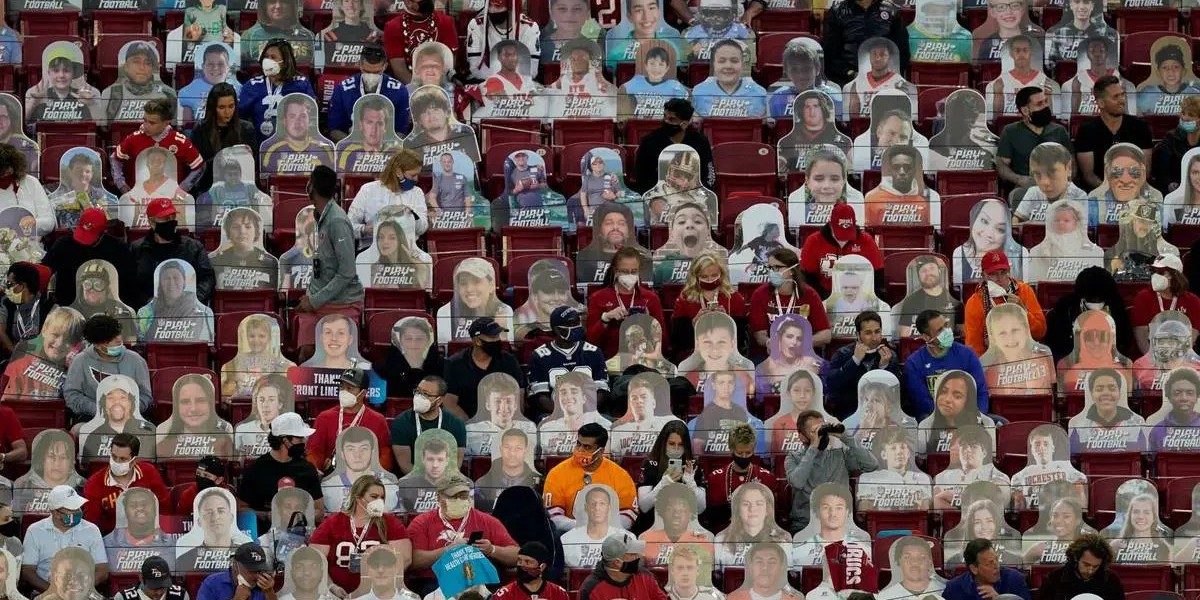 This past Sunday’s NFL Super Bowl LV game at the Raymond James Stadium in Tampa, Florida featured a mixture of live fans and cardboard cutouts of fans for the game’s crowd.

WrestleVotes reported that following the NFL’s game, WWE officials are considering plans of doing the same for their upcoming WrestleMania 37 event at the same venue.

It was reported that WWE officials originally did not have any plans to boost the televised appearance of their crowd for WrestleMania 37 with artificial fans but that changed due to one WWE source who stated “it’s beyond dumb to not, RJS looked wonderful for what it was.”

With the Super Bowl tonight at Raymond James Stadium -home of WrestleMania 37 in 9 weeks- so far, WWE has been against the idea of filling the “empty” seats w/ cutouts as the NFL has done. I assume that decision will be discussed again now as the stadium looks great. #SuperBowl

Good news! Text from a source just now saying WWE will 100% discuss having the cutouts again. Says “it’s beyond dumb to not, RJS looked wonderful for what it was” https://t.co/gs59k4ru3k

As noted before, WWE originally had plans for Mia Yim and Angel Garza to be among the competitors in this year’s Women’s and Men’s Royal Rumble matches. Yim was pulled due to coronavirus reasons while Garza was pulled due to creative reasons.

Fightful Select reported (via RingsideNews.com) that WWE officials also originally had plans for Keith Lee and Robert Roode to compete in this year’s Men’s Royal Rumble match before both were pulled due to various reasons.

It was also reported that Montez Ford was in attendance backstage but was not selected to be an alternate competitor for the match and instead was only there to watch his wife Bianca Belair’s big moment at the event.

This past Friday’s episode of WWE Friday Night SmackDown drew a final viewership of 2,257,000 on FOX, according to Showbuzz Daily. This was up compared to the initial overnight number of 2,126,000 viewers on the network.