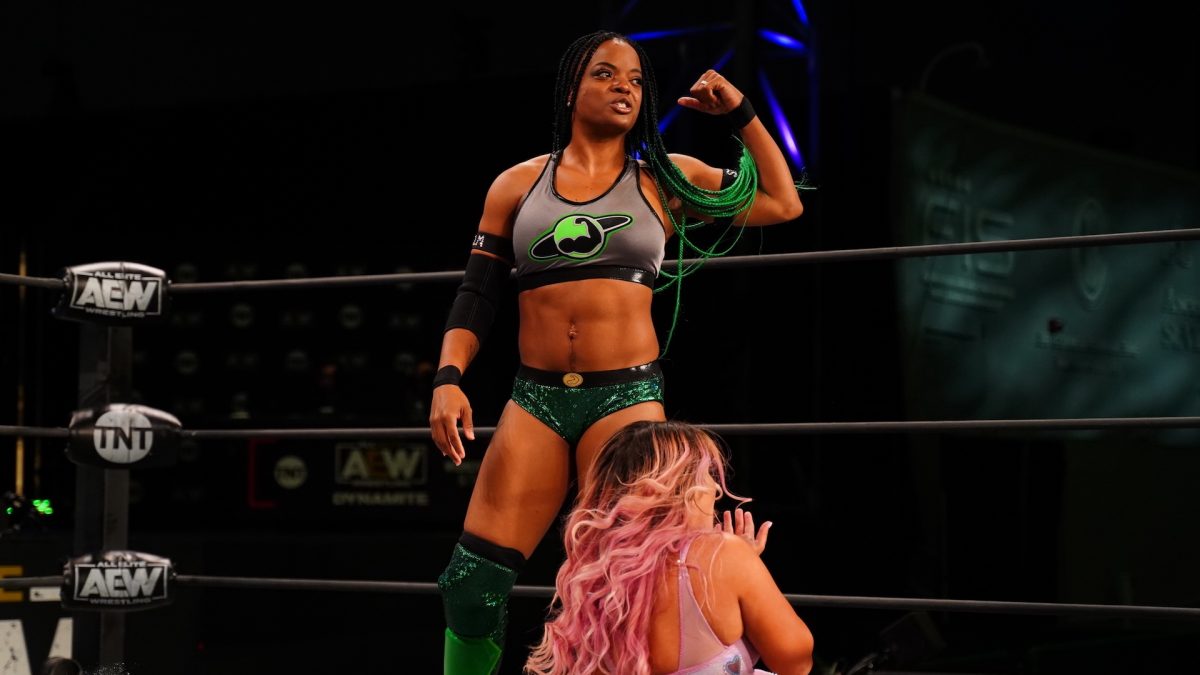 Top Flight was originally announced for the Tag Team Royale at AEW Revolution, but did not compete in the match.

According to Dave Meltzer on Wrestling Observer Radio, Darius Martin is currently out of action with a twisted knee, so the team wasn’t able to wrestle. No word on how serious the injury is or how much time Martin may miss.

Big Swole has been out of action because of Crohn’s disease flare-ups, she said.

This past year has been filled with ups and a lot of downs. After my bout with pneumonia early last year, I was informed that resuming my medicine for Crohn’s would result in death given the COVID-19 circumstances. Seeing as how the biologic I was on shuts down my immune system and acts as such resuming my medicine was not an option. I was doing alright self-managing until the flare ups started in the fall. As some of you may not know Crohn’s attacks the body as a whole so on top of my intestines issues different body parts would lock up and become incapable of bending at the joints. Some days I could barely walk and that took a toll on me emotionally and mentally. Living with this disease may seem like a thorn and it is but it also shows me that His grace is sufficient and no matter what happens I will smile because I am more than a conqueror. I am Swole and that mentality/faith will carry me through it all. I ask that you bare with me, I’m getting the treatments that I need and my journey to complete healing is underway. Thank you for your love and thoughtful messages, I appreciate them and you! Much love to everyone, be safe! #Chronies 💜

NWA Women’s World Champion Serena Deeb said that she had a knee scope procedure done recently. No word on how much time she’ll miss. She last wrestled on February 17 in the women’s tournament in a loss to Riho.

Update on my knee…I had a scope done and it went really well. I’ll be back before you know it 😊. Thank you all for the support and concern. pic.twitter.com/AzGVpwsxNf