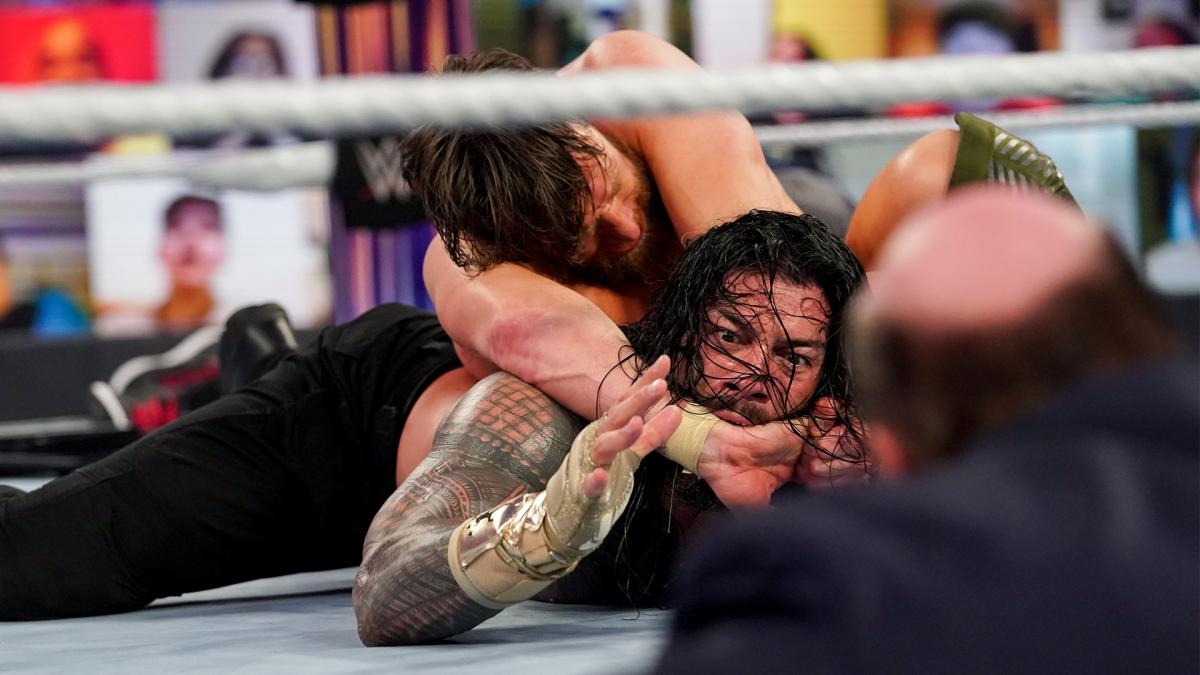 Daniel Bryan will reportedly be added to the Universal Championship match at WrestleMania between Roman Reigns and Edge, making it a Triple Threat Match, according to Dave Meltzer, who says that the change is “confirmed” and the finish at WWE Fastlane tonight was done to set up the match.

WWE hasn’t officially changed anything yet and as of midnight, were still promoting that the match will just be between Roman Reigns and Edge.

Roman Reigns defeated Daniel Bryan at Fastlane tonight, but only due to Edge costing Bryan the match. Bryan had Reigns in a Yes Lock and Reigns tapped, but the referee was knocked out, and the “special guest enforcer” Edge came into the ring and nailed Bryan with a chair to break the hold, then also hit Reigns with a chair and angrily left the ring. Reigns was able to crawl on top of Bryan and a new ref came in to count the pinfall. Earlier in the match, Bryan accidentally hit Edge with a chair.