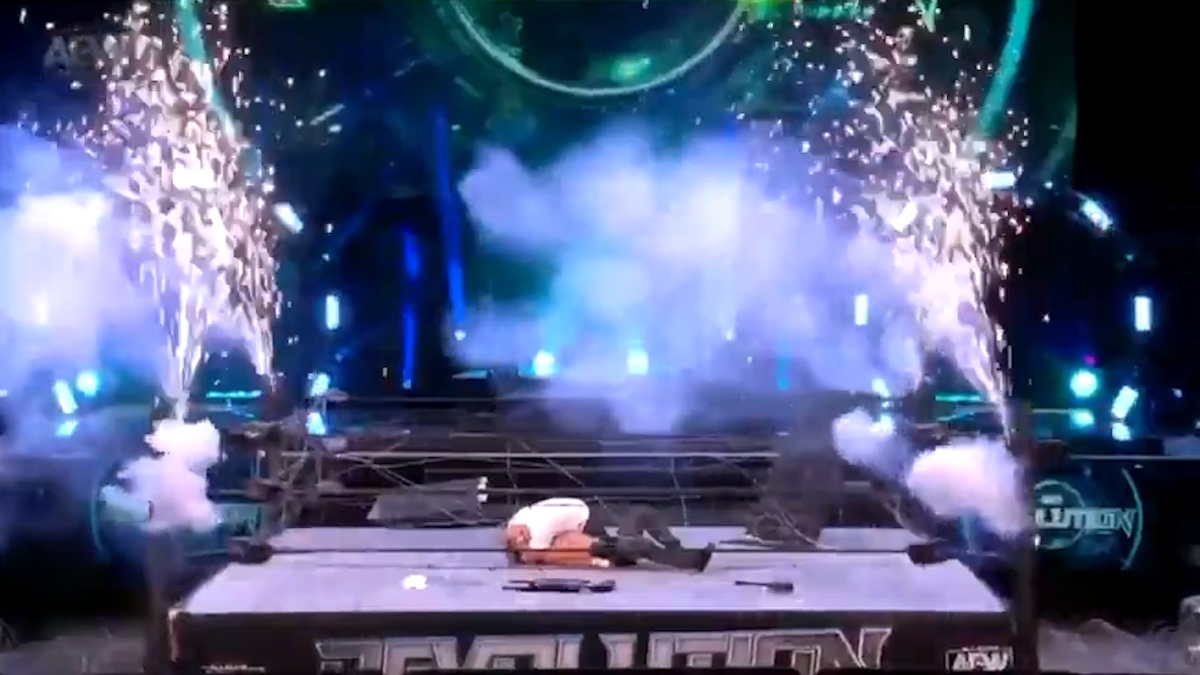 This past Sunday’s AEW Revolution 2021 event featured an AEW World Championship Exploding Barbed Wire Deathmatch. Instead of the show ending with a spectacular ringside “explosion” visual, it ended on a big whimper due to only a few sparklers, some small fireworks pops, and some puffs of smoke being produced.

Fightful Select reported that AEW had contracted an outside third party crew to rig the ringside area for the Exploding Barbed Wire Deathmatch. Following the ending debacle, the non-AEW crew responsible reportedly generated a lot of anger and heat backstage due to their attitude over the issue. It was reported that they brushed off the situation and were not very apologetic over how poorly things went down for the event’s ending.

Among those furious with the show’s poor ending and the third party crew’s response was Kenny Omega, according to the Wrestling Observer Radio and Fightful.

The National Wrestling Alliance announced that Nick Aldis, Trevor Murdoch, Elijah Burke, Tim Storm, Aron Stevens, and Tyrus will all be making an appearance at their Back for the Attack event on March 21st.

During a recent interview with the Rasslin with Brandon F. Walker podcast, Jake “The Snake” Roberts revealed that his current contract with AEW was originally only meant to be for ten weeks in length. Roberts stated “I seen this as an opportunity to regain and recover my dream, and that was just doing whatever I could in wrestling and they opened the door just a little bit and I came to AEW with a contract that said ten weeks, only ten weeks then I was gonna be done and very quickly, they decided they wanted to keep me around.” (Transcript h/t: PostWrestling.com)

Renee Paquette, former Renee Young in WWE, announced on Instagram that she officially became a citizen of the United States on Wednesday.

Game Changer Wrestling announced that they will be holding an event called Ashes To Ashes on May 1st in Atlantic City, New Jersey.

Ring of Honor announced a new match for the card of their 19th Anniversary Show on March 26th in Baltimore, Maryland: