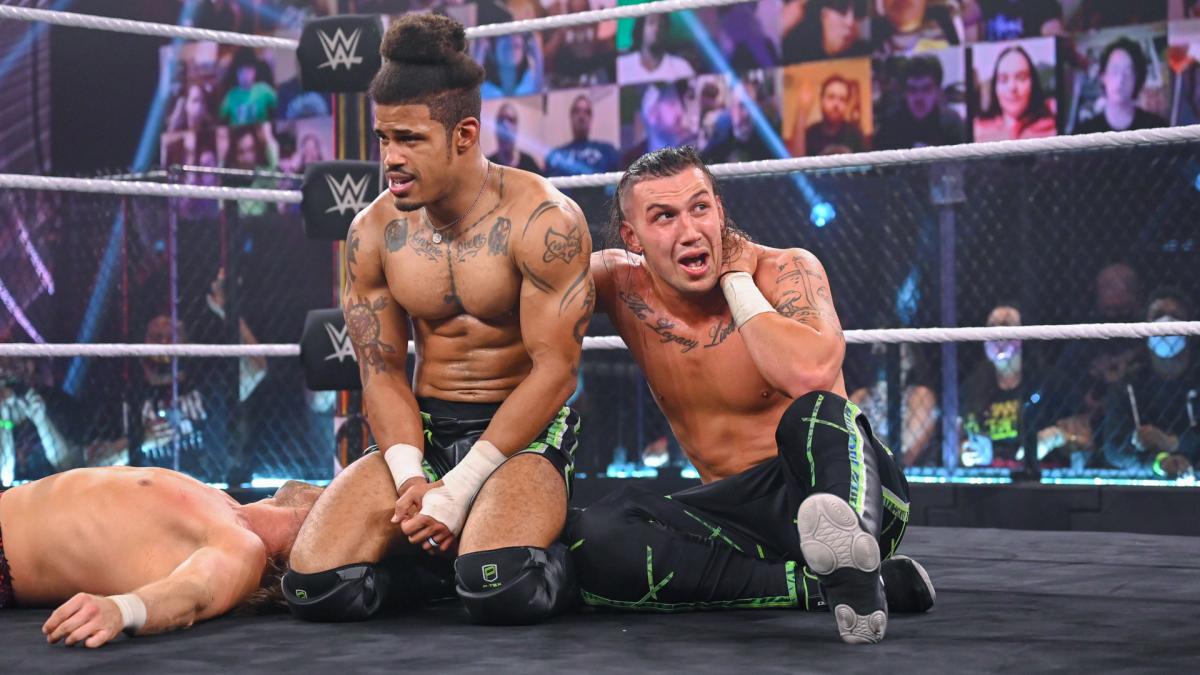 Wes Lee of MSK has a legitimate broken hand, which happened during one of his dives at NXT TakeOver last month during MSK’s win over the Grizzled Young Veterans, according to Dave Meltzer on Wrestling Observer Radio.

There’s no word on how much time he’ll miss. An NXT Injury Report last week said that he has a broken hand and is “not cleared to compete.”

MSK was set to face Oney Lorcan & Danny Burch for the NXT Tag Team titles tomorrow on NXT, but that match will no longer be happening. On last week’s NXT, there was an angle where the Grizzled Young Veterans attacked MSK backstage and NXT later said that Lee suffered a broken hand, which was a cover for his real life injury.

Lee posted a video of his broken hand x-rays on Instagram: