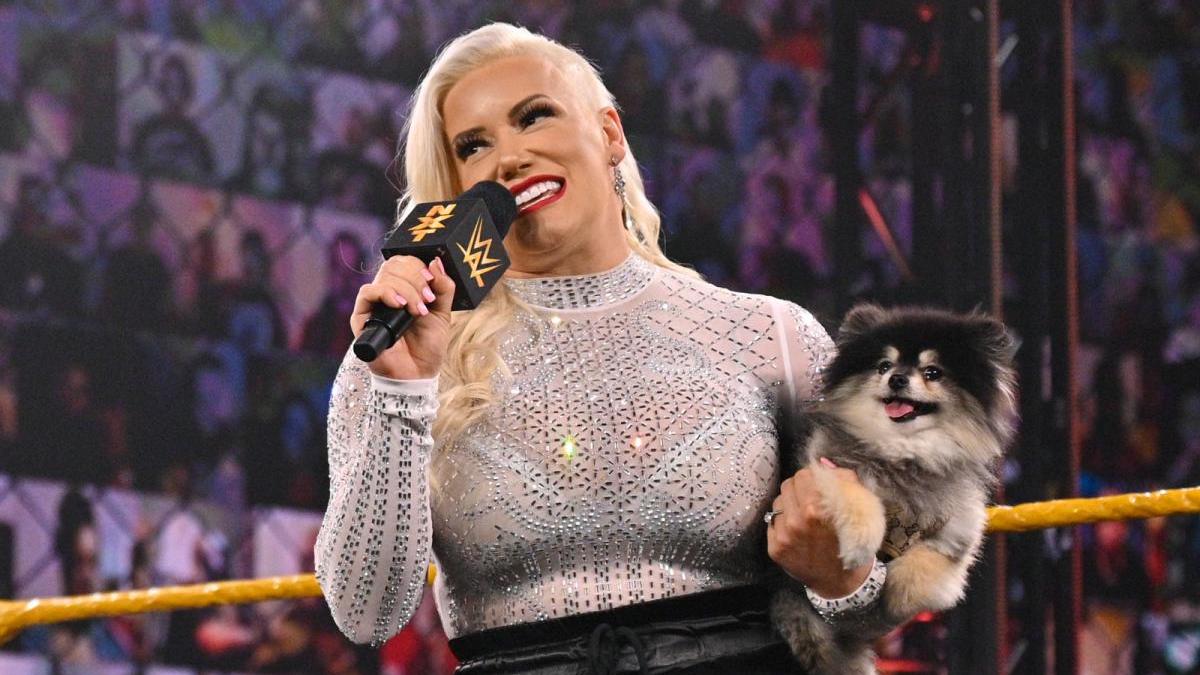 This is Kushida’s first championship in WWE. Escobar had held the title since May 27, 2020.

Bianca Belair and Rhea Ripley made surprise appearances on tonight’s episode, coming out during an in-ring promo by NXT Women’s Champion Raquel Gonzalez.

They didn’t say anything and all three WWE Women’s champs just embraced and posed in the ring.

She came out carrying her little dog and said that since Gonzalez is the champ in the division, she’d be seeing a lot more of Franky Monet, then she and Gonzalez exchanged words.

Roderick Strong “resigned” from NXT tonight, handing William Regal an envelope and saying, “I’m done.” Regal shook his hand and said that he’s the ultimate professional and is welcome back in NXT any time.

This has led to speculation that Strong could be headed to Raw or SmackDown soon.

Sarray will make her NXT debut next week.