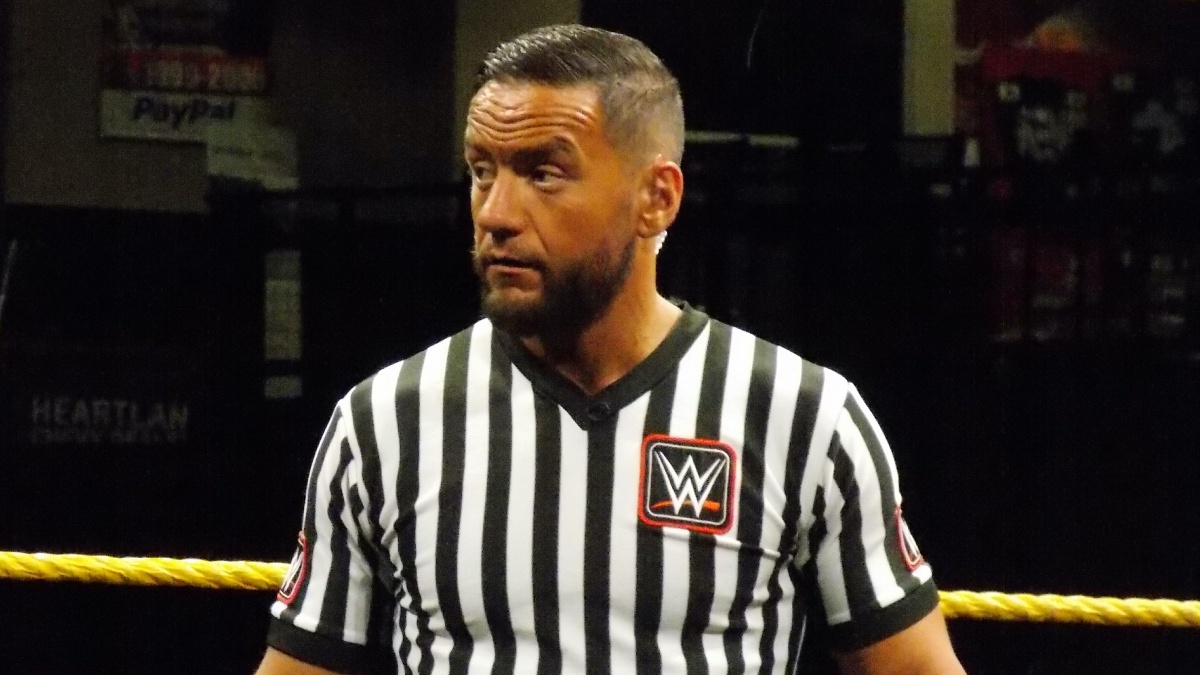 Some WWE officials reportedly have been upset with NXT referee Drake Wuertz over some controversial incidents in recent months, according to Fightful Select.

Fightful says that Wuertz has had several of his backstage duties in NXT reduced in recent months due to him currently being viewed as a “lightning rod” for controversy within the company. Wuertz reportedly was recently demoted as the head referee of the NXT brand with Darryl Sharma taking over his former role.

It was also reported that Wuertz had been considered for a new backstage role in charge of timing matches in NXT but was passed in favor of Scott Armstrong. Road Dogg reportedly was instrumental for getting Armstrong back in the company following his brief furlough period. Wuertz was also reportedly not offered a position as the back-up timing official for both the NXT and 205 Live brands, which was given to DA Brewer instead.

Wuertz’ backstage heat within the company reportedly grew following a report last year from David Bixenspan that highlighted some QAnon-related social media activity by Wuertz, which was said to have “horrified” some higher level officials. Wuertz also was said to have generated “substantial heat” with many within the Performance Center following a Zoom call during a County Commissioner’s meeting this past Wednesday over mask mandates. While wearing NXT branded apparel, Wuertz publicly made several unsubstantial claims that mask mandates make child sex trafficking easier.

It was also reported that several sources spoken to within NXT stated that they are surprised Wuertz has not been fired from the company and also fear that his beliefs might have actually helped him from being fired.

In regards to a portion of Fightful Select’s report that stated Wuertz had been suspended earlier this year due to his controversies, Dave Meltzer reported in this week’s Wrestling Observer Newsletter that it was not true. Meltzer said that Wuertz’s absence from NXT earlier this year was due to him and several others being quarantined from an outbreak at the Performance Center at the time and Wuertz was still paid for the two weeks of work he had missed.