AEW Double or Nothing Will Have a Full 100% Capacity Crowd 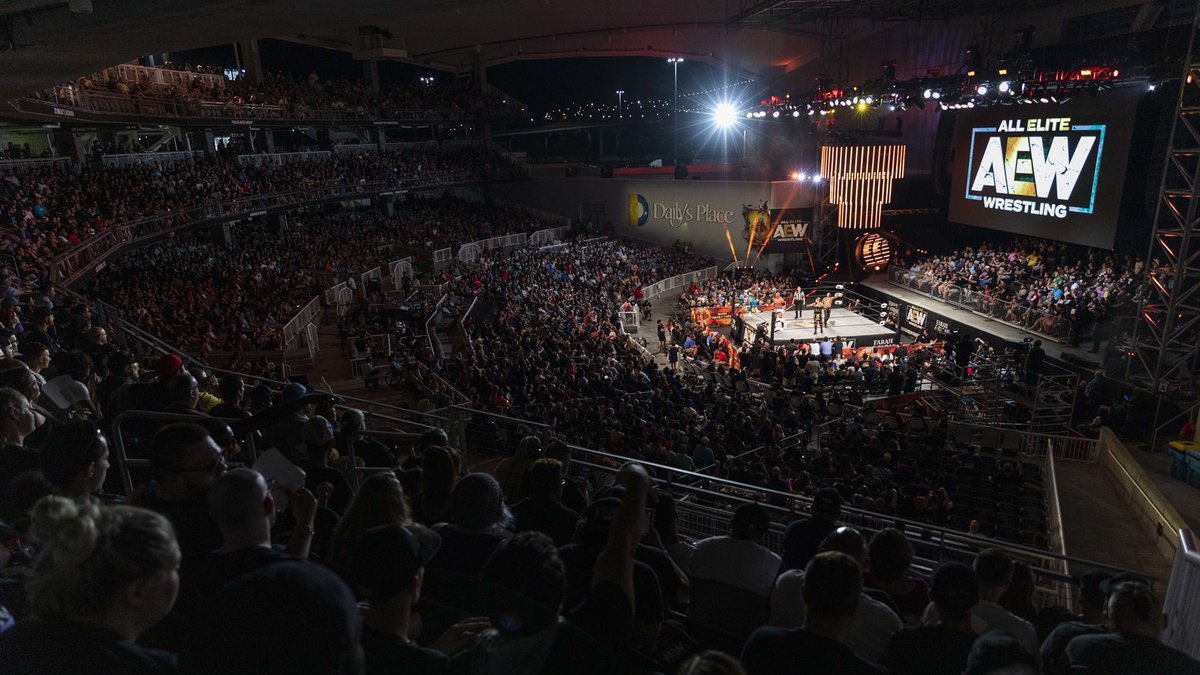 AEW’s Double or Nothing PPV on Sunday, May 30 will have a full capacity crowd, Tony Khan said today on Busted Open Radio.

The show will still take place at Daily’s Place in Jacksonville, which is outdoors and has a capacity of about 5,500 people.

Tonight’s “Blood & Guts” Dynamite will have 1,500 fans in attendance at Daily’s Place.

“I’m planning, as we get closer to Double or Nothing, to start loosening it up and I expect to be at full capacity outdoors for Double or Nothing, based on what a lot of other sports have done, and I think it’s gonna be great,” Khan said.

“And really, I’m just excited to get back to a sense of normalcy. AEW’s had a great run through the pandemic. It’s crazy how much has happened. A lot of our biggest stars have never wrestled in front of the full crowd at 100% capacity, which is insane when you think about how many big people in AEW that applies to.”

“I expect to be at full capacity, outdoors, for Double or Nothing based on what a lot of other sports have done.”@TonyKhan discusses bringing the fans back in attendance & plans for @AEW #DOUBLEORNOTHING that include #BustedOpen 👀@davidlagreca1 @THETOMMYDREAMER #AEWDynamite pic.twitter.com/NuYdw03203

Khan also confirmed that Dynamite will air live on Friday, May 28 that week instead of Wednesday (because of the NBA playoffs on TNT), and there will be a “fan fest” on Saturday.