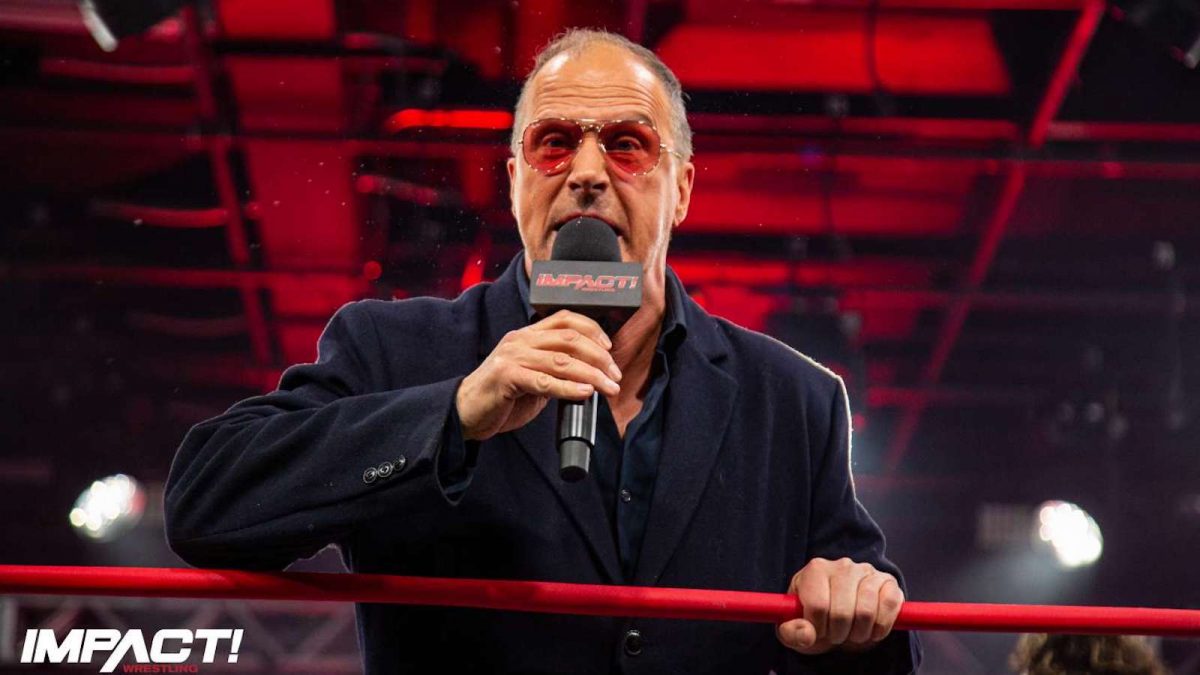 Don Callis has apparently been recently quietly removed from his role as Executive Vice President of Impact Wrestling.

A thread on Reddit over this past weekend noticed that Callis was no longer listed as the Executive Vice President of Impact Wrestling on Anthem Entertainment’s corporate website. An archived version of the site still had him listed in that role in January of this year.

Dave Meltzer reported in a recent episode of Wrestling Observer Radio that Callis is currently rumored to be transitioning into a full time managerial role for Kenny Omega in AEW. Meltzer stated that “many people who are close to Impact, and even Impact have been kind of hinting to me that they figure that Don Callis is going to wind up as a full-timer in AEW as Kenny Omega’s manager, and that does make sense.”

On last week’s episode of Impact, there was also a backstage segment where Scott D’Amore gave Callis an ultimatum – either be an Impact executive or Kenny Omega’s manager.

In regards to backstage reactions, Fightful Select reported that several Impact talent spoken to stated that they speculate that Callis’ role has changed or is currently in the process of “significantly changing.” Those spoken to reportedly also stated that they currently believe Callis will continue with his on-screen role in the company despite the changes. Callis’ duties within the company have also reportedly been reduced recently with Co-Executive Vice President Scott D’Amore now leading the company behind the scenes.

Callis had been the Co-Executive Vice President of Impact since December of 2017.