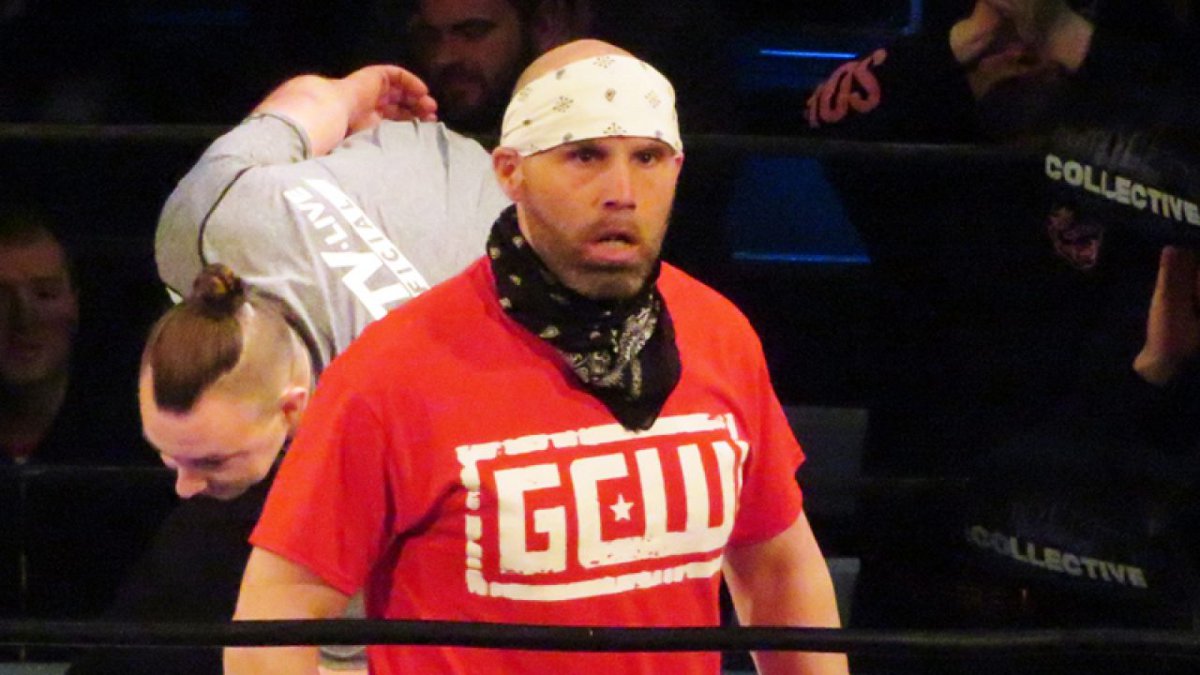 A recent episode of the Gettin’ Better with Ron Funches had Nick Gage as the guest. One of the topics discussed included Gage’s thoughts on being profiled for an episode of VICE’s Dark Side of the Ring documentary series.

On the topic of being profiled for an episode of Dark Side of the Ring, Gage stated:

On the topic of his girlfriend Sandra being among those interviewed for his episode, Gage stated:

“Sandra? I’ll talk a little bit about her. So, met [Sandra] in high school, and been together ever since and I was really nervous of putting her on. I said no at first, because I don’t like putting Sandra on camera, she never does but she always shows up and supports me and sh*t like that. Man we’ve been together forever. Ride or die chick, you know what I mean? It’s crazy.

Jon Moxley’s upcoming autobiographical book, titled Mox, was recently revealed to be releasing on November 2nd. The book will be published by Permuted Press and will cost $28.

A vivid trip through the mind of the top professional wrestler in the business—a nobody from nowhere who achieved his ambitions and walked away with the gold and the girl of his dreams.

Ride alongside Jon Moxley as he retraces some of the highways traveled on his remarkable journey. Revel in the never-before-told stories about his early life in Cincinnati, Ohio; the gritty independent wrestling scene where he cut his teeth; the complicated corporate landscape of the WWE where he bucked against authority; and the rebellious upstart AEW, where he won the championship in 2020 and was finally free to achieve the vision of the wrestler he’d always wanted to be.

With plenty of pitstops and revelatory insights, including grizzly ultraviolent encounters, crazy characters who became lifelong friends, and his unforgettable matches in Japan, MOX is the riveting account of the life of a brawler. It is a tale written in blood and soaked in debauchery, with a good dose of wisdom accumulated along the way.

More than a backstage pass into the arena, MOX is a ticket into the ring. Once inside, you’ll never look at pro wrestling the same again.

New Japan Pro Wrestling recently announced that they will be resuming live events starting on May 22nd. NJPW has not held an event in Japan since Night 2 of Wrestling Dontaku 2021 on May 4th due to the recent state of emergency declared for the coronavirus pandemic in the country.

Revolution Pro Wrestling announced that NJPW talent Shota Umino will be making his return to the company this summer. No specific date for Umino’s official return to RevPro was given.

During a recent episode of the Busted Open Radio podcast, co-host Tommy Dreamer revealed that more talent from NJPW will be making appearances in Impact Wrestling within the near future.

During a recent episode of the Stories with Brisco and Bradshaw podcast, former WWE and WCW wrestler Fit Finlay revealed that his son David Finlay and Jay White were among those who had recently tested positive for COVID-19 in NJPW. Finlay stated:

“He’s [David Finlay] in Japan right now. So I guess Japan have had an outbreak of COVID and so they started cancelling shows. He [works] for New Japan Pro-Wrestling. They started having an outbreak. A lot of the talent got COVID so they were sending them home. They went to the airport yesterday and almost all of them were tested positive for COVID so they were sent back. They were gonna go to [a] government hotel but then they made a deal and they put them in the dojo so, my son David and Jay White are in the dojo, quarantined there for another ten days or so which is ridiculous so, the COVID has just — the whole world had just put everything on standstill for a little bit and we’ll get over it but, he’s doing well there. I don’t know how New Japan are going to handle this new outbreak or — I don’t know, no one does. But, he’s a little bit confused at the minute as what to do next, you know? Is he going to stay in Japan, does he want to try here, like WWE or whatever. But him and I are gonna sit down when he does eventually come home and try and figure it out but he just needs a little bit of wisdom put in his head. Not that I have any.”