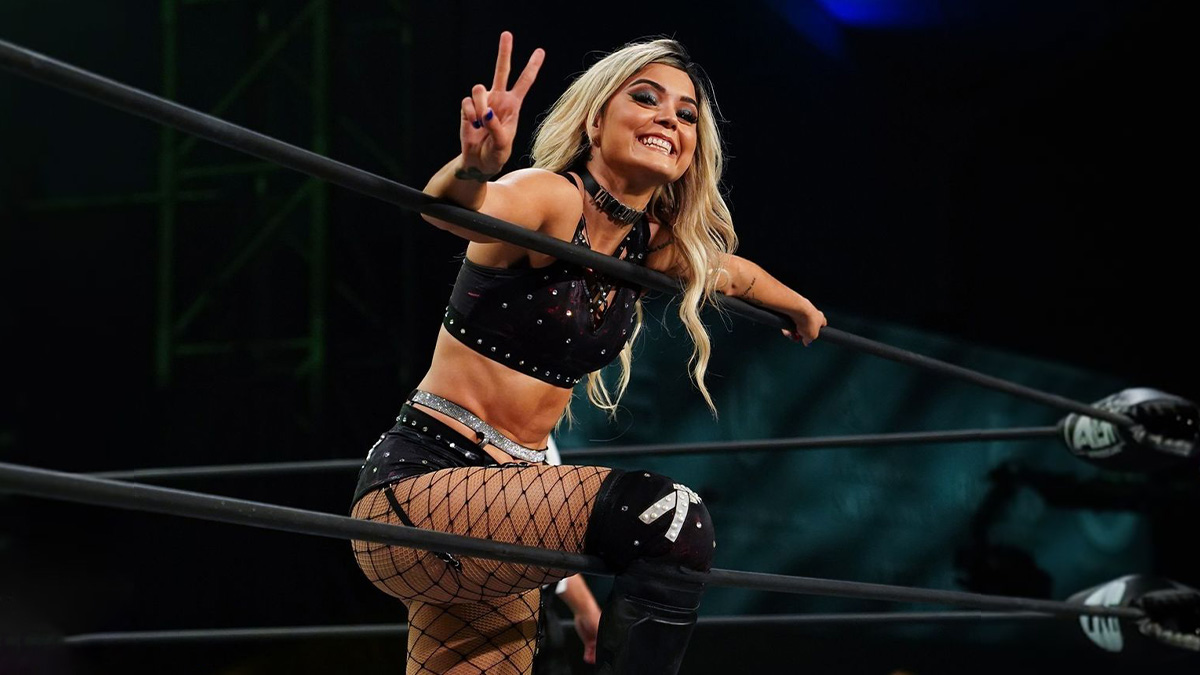 A recent episode of the AEW Unrestricted podcast had Tay Conti as the guest. One of the topics discussed included Conti revealing that she was initially hesitant to sign with AEW due to her being unhappy with wrestling following her time in WWE.

“Oh my God, really, I was not expecting [to be signed that quick]. That was super fast and I was like, ‘Yes, I will keep coming. Let’s see if we like each other’ because that was the conversation because since I was not real happy at my previous job. I was like, you know, I don’t know if I want to sign a contract for long here, long-term contract, being happy again so we kind of feel each other and then when they offered me [the contract], I was like, ‘You know what? I’m pretty sure that I’m happy here so, I’m gonna sign it’ and then, I remember my first match after they announced that I got signed. I was so emotional, let me tell you. I cry a lot.”

Conti also stated that she feels the reason for her in-ring improvements in AEW is due to her being happy working in the company.

“Because I’m happy, 100 percent. That’s the most important thing. It’s not that like — of course I have a great trainer, like Dustin [Rhodes] is doing great work with me and I’m grateful for him but I have more time to watch matches but all of this is happening because I’m happy with myself. I can be who I am without being judged. I can try things. I feel that people trust me, you know? I don’t have that pressure on my back every single time like, ‘Oh, should I say hi? Oh, should I walk with my right foot or my left?’ I don’t have that so, that’s why I’m happy and then I can do better. I feel like every time you’re happy, everything is better, you can do your best.”

AAW Wrestling recently announced that Kris Statlander will be making an appearance for the company at their Crush and Destroy event on June 11th in Merrionette Park, Illinois.

Major League Wrestling announced that they have recently signed Davey Richards to an official contract. MLW also announced that he will be making his official debut for the company at their next set of television tapings on July 10th.

Ring of Honor recently announced that Allysin Kay is their fifth official entrant for their upcoming Women’s World Championship tournament this summer.

During a recent interview with the House of Hardcore podcast, Impact Wrestling talent Acey Romero revealed that he had tested positive for COVID-19 earlier this month.

“I feel I’m pretty lucky because I only had three bad days and one really bad day where I felt the grim reaper was coming for me. The extent of things I’m going through is fevers, I haven’t had a fever in like five years. It was like 102, 103 fever. Body aches, trouble breathing. My breathing is not the worst, but not the best. I have a personal trainer and my cardio was really good, but now I walk up a flight of steps and I get blown up. I’m nervous to get back in the gym. Someone told me I’m going through the worst of it, I just have to get through it. I’m in good spirits. Every day since Wednesday, I’m getting better. I can’t taste or smell right now. Hopefully, that comes back and my breathing regulates to be more normal to where it was. Other than that, I consider myself very lucky because I know it could have gotten way worse.”