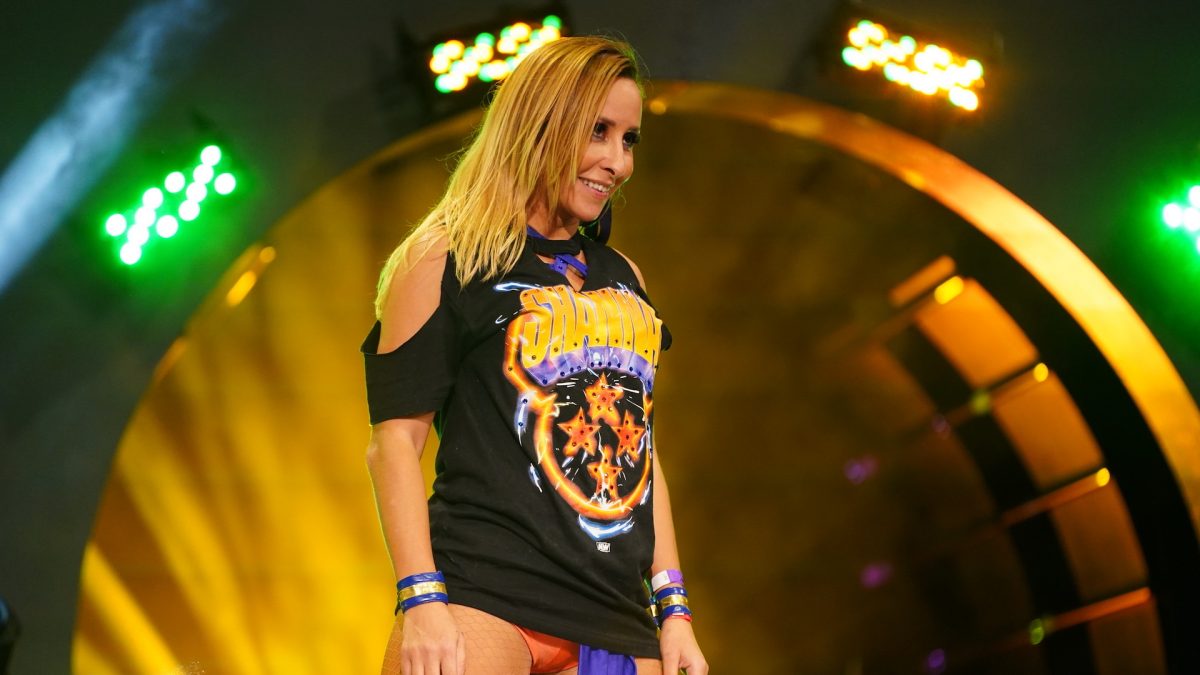 More on Shanna’s Release from AEW

As noted before, Shanna and Awesome Kong’s contracts with AEW recently expired and neither were signed to new deals with the company.

In regards to Shanna, Fightful Select reported that their sources within the company had stated as far back as this past April that Shanna likely was not going to be signed to a new deal once her contract expired.

Several talent spoken to reportedly stated that they believed the main reason was due to “some issues with her and some of the other wrestlers.” Specifically, her interactions with extras brought in for shows and how they were treated by her reportedly was one of the main issues backstage.

Joey Janela announced earlier this week that he recently suffered an injury and as a result, he has pulled out from two of his upcoming bookings for Game Changer Wrestling.

Details regarding the nature and severity of the injury were not given.

As noted before, Lio Rush made his official debut for AEW during the Casino Battle Royale match at this past Sunday’s Double or Nothing 2021 event. Following the event, AEW CEO Tony Khan stated that Rush had agreed to a handshake deal with AEW for the surprise appearance.

Dave Meltzer reported in a recent episode of the Wrestling Observer Radio that Rush is still under contract with New Japan Pro Wrestling, which he signed this past April. Meltzer also reported that AEW needed NJPW’s approval in order for him to appear at their Double or Nothing event.

As noted before, AEW announced during their past Sunday’s Double or Nothing 2021 event that they have signed WWE Hall of Famer Mark Henry to a contract with the company. Henry will work as both a commentator for their upcoming new Rampage series and as a coach for the company.

AEW recently released an official press statement revealing that Henry’s contract with the company is multiple years in length.

June 1, 2021 – In the midst of the enthralling DOUBLE OR NOTHING PPV event on Sunday, May 30, “The World’s Strongest Man” Mark Henry surprised the full capacity crowd, signing on as an expert analyst, coach, scout and mentor within the company.

The legendary wrestler and co-host of SiriusXM’s Busted Open signed a multi-year deal with AEW as announced by Tony Schiavone during the electrifying event at Daily’s Place in Jacksonville, Fla. An American Olympian weightlifter, world record holding powerlifter and Hall of Fame professional wrestler, Henry will serve as an analyst on the broadcast team for the brand-new, hour-long show AEW RAMPAGE, debuting Friday, Aug. 13, on TNT at 10 p.m. ET / 7 p.m. PT.

Henry brings 25 years of wrestling experience to AEW, strengthening the company’s robust scouting and coaching department that continues to sign and develop the industry’s top independent stars from across the world. As AEW continues to grow both its programming offerings for fans and the size of its roster, Henry’s world-class expertise will help guide the future of the promotion.

“It’s an honor to welcome Mark Henry to AEW. Mark came into pro wrestling already established as a legendary powerlifter, and he applied his greatest tools, his cerebral approach to sport and his unprecedented work ethic, to become a legendary pro wrestler as well,” said Tony Khan, CEO, GM and Head of Creative of AEW. “The mission of AEW is to be the best wrestling product in the world today. Mark’s illustrious presence and his great wrestling acumen will be tremendous assets to our company and our content, as we’ll utilize his esteemed presence not only on-screen, but also in the career development of our stars for the future.”

“I have been fortunate to experience a great deal of success in my pro wrestling career,” said Mark Henry. “From my own in-ring title runs and creative storylines, to identifying and scouting some of the top talent in pro wrestling business today, to my role as a broadcaster, I have long worked to stay ahead of the pro wrestling curve. The overall quality of professional wrestling has skyrocketed in the past few years, and I’ve been very impressed by the meteoric rise of AEW. I’m excited to join the broadcast team on AEW RAMPAGE, and I can’t wait to work with the incredible roster at AEW.”

Joining a recent list of legendary signings that includes Sting, Paul Wight and Christian Cage, Henry makes his debut as an expert analyst on Friday, Aug. 13, on the inaugural episode of AEW RAMPAGE, live on TNT at 10 p.m. ET / 7 p.m. PT.

During a recent episode of the Busted Open Radio podcast, co-host Mark Henry discussed his reasons for leaving WWE for a new job in AEW.

“My deal was up. It’s not something that was recent. I can go back five or six months and I wanted a position in the [WWE] office. I talked to Vince himself and he said, ‘write it up. You’re somebody I’ll listen to.’ I was told that there was a lot of cleaning house and cuts that were happening and there were a lot to come. I had seen hundreds in the company go. I felt valuable enough that I wasn’t going anywhere. When your deal comes up and the rights come up as to where you’re gonna go next, I wanted to do more. I always want to do more. If I can’t get that opportunity, I have to look for that opportunity somewhere else.”